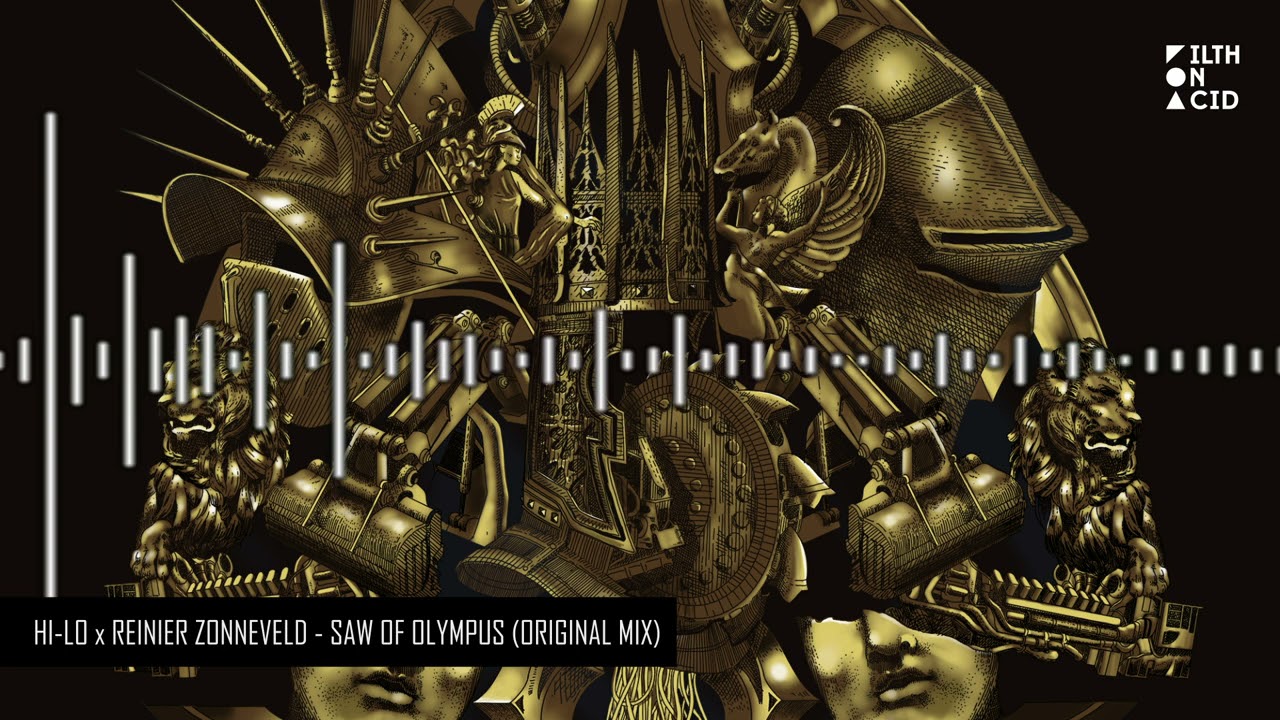 Oliver Heldens‘s long-awaited release under his HI-LO alias is out. It’s titled ‘Saw Of Olympus‘ and he’s keeping up with his Greek mythology theme. This single is a collaboration with techno icon Reinier Zonneveld and it’s very striking. It fits right in with ‘Zeus’, ‘Kronos’, ‘Athena’, and ‘Poseidon‘ and is also available on Zonnevel’s imprint, Filth On Acid.

Right from the start, you’re hit with acidic synths and a vibe worthy of a rave in the Greek Heavens. It has a powerful bassline and a whirlwind of a melody. Clubs will surely play this, as our bodies move vigorously to its unyielding beat. It pulls, it punches, and it knocks you on your feet. Their track is a great addition to the deeper, darker ones that HI-LO releases.

Each one of these mythic named singles kicks techno into uncharted territory. This is a great combo of artists to have on a project. We are here for it and excited to see what else they both have in store. Whether it be Pokemon, mythological beings, or animals, keep them coming Heldens. As for Reinier, his unique view on the techno scene is catapulting his name among the stars. The Netherlands native took his passion for raves and classical music and fueled his excitement for getting his first synthesizers. Watch out for him as he creates new hits and recreates old ones live on stage. Enjoy their track below.

“Over the last few years, I’ve become a big fan of Reinier’s productions, his style and his label Filth on Acid. [So] a few months ago I sent him a couple of new HI-LO ideas that I was working on and he was really into them. [He] invited me to his studio to work on some of these together. In the studio we were a really good match, it was very inspiring for the both of us, and I definitely learned a lot from him.

We ended up doing multiple studio sessions and we are working on a few different tracks together now which I’m really excited about! This new track ‘Saw of Olympus’ is the first one that we finished. We called it ‘Saw of Olympus’, because the track has a very distinctive Saw synth, a real “Saw of the Gods”, continuing the Greek god theme of my latest HI-LO releases ‘Athena’, ‘Kronos’, ‘Zeus’ and ‘Poseidon’.”