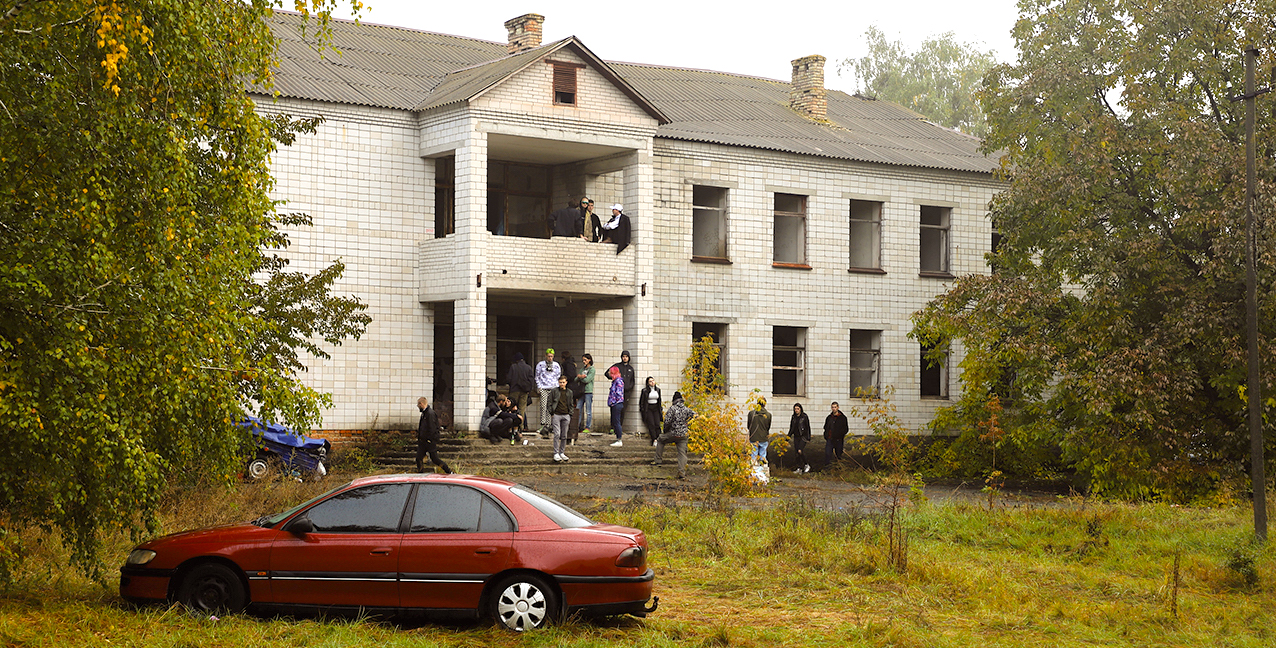 Chillnobyl is a rave that happed in Chernobyl’s Exclusion Zone. Creepy? Well, LitHub tells all in their article on the experience. Igor Oprya is the producer and gathered a team of volunteers to turn the old club building into their future rave. It took place in Hubyn, within the Exclusion Zone borders where industrial techno blasted all night long. You could see young Ukranians in dreadlocks and neon rave gear with beers in hand, sharing a joint. I’d say they had a party that could last a lifetime.

Oprya advertised the space with a sign that read “I Invite Everyone to Chernobyl Future Rave”. This project became a performance art theater piece and it succeeded. They took an abandoned town with a terrible history and turned it into a “wonderful” place to be. A film projected on the wall decorated with portraits of Soviet leaders. The dance floor reached pandamonium at night, filled with dancers, swinging glow sticks, and whistles blowing. This sounds like Project X with a twist. One attendee stated it’s like the Kyiv rave scene taking over the zone. “Techno is pure emotion”, and boy isn’t it? No one does it like the Europeans do.

Chillnobyl is theirs, and it’s their history. So they brought it back to life and expressed new emotions in that place. Igor’s goal was to bring attention to Pryp’yat’, the town nearby Chernobyl, as they decked it out in different paint colors. By doing this, they deter tourists from endangering their health in photographing these historic pieces. It is an ongoing battle between graffiti artists and purist stalkers but their story is quite fascinating. You can read the full LitHub article here.