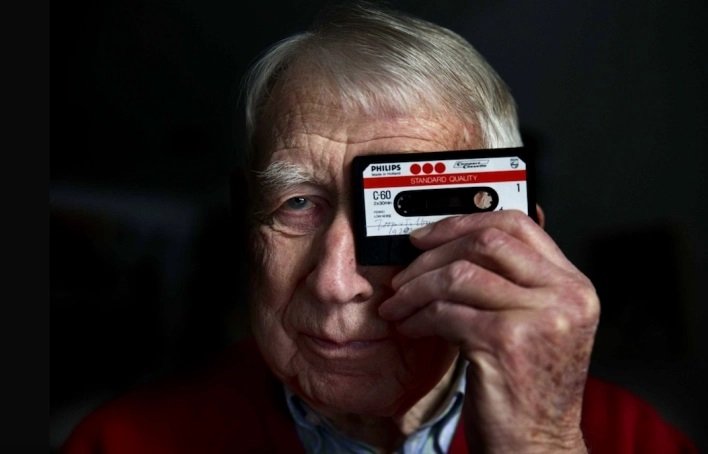 Former Philips engineer, Lou Ottens, has passed away at 94. Now, this name might not sound familiar offhand, but he invented the world’s first compact cassette tape. Ottens passed on March 6th, according to Dutch news outlet NRC Handelsblad.

The cassette tape came about in the early 1960s. NPR dove into the details and uncovered a great story. Ottens wanted to develop an affordable, accessible way for people to listen to music. Reel-to-reel tapes weren’t that. First, he created a wooden prototype that fit in the pocket. After all, portability is key and a more efficient way to adapt to our ever-changing lifestyle.

Then he convinced Philips to license his creation to other manufacturers–for free. Philips introduced his first compact cassette in 1963. Lou was more than an inventor at this point. He continued his career by developing the compact disc, or CD, with Philips and Sony! Now, I remember all my Disney cassette tapes where I needed to flip it to side B for the next part. Or running to the radio to try and record that one Radio Disney song I needed to have.

It’s safe to say that Lou’s cassette catapulted the music industry and culture. Mixtapes and playlists came from this OG module. It paved the way for the modernization of music and look where we are now. On-the-go listening has been music’s pinnacle characteristic for quite some time now. The perks of the cassette tape? No ads, no MCs, just your favorite songs and albums in one place.

This era-defining device has shaped how people enjoy music. We’ve seen the comebacks of nostalgic devices like record players. I mean, Guardians of the Galaxy and Stranger Things brought this one back. I won’t forget trying to fix the tape with a pencil.

Rest in Peace Lou Ottens. You’ve been a great pioneer for us.