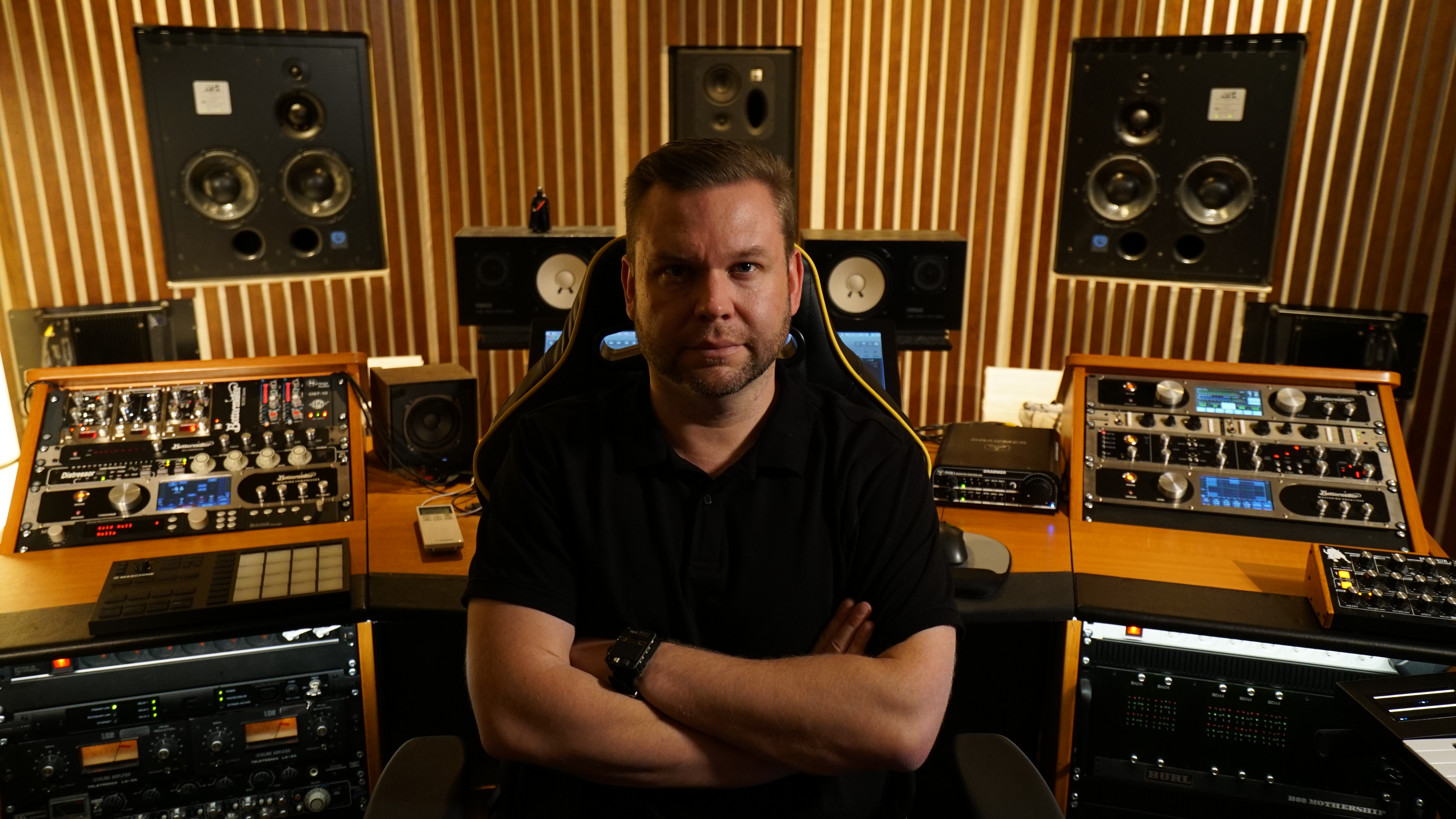 This album is not the typical fare, as music-lovers will know from MARO’s frequent contribution to movie soundtracks and video gaming, most notably with his original music for Cyberpunk 2077. Never one to be considered mundane, MARO’s album will arrive in a unique form, in what he describes as being an “audio musical,” complete with an artist lineup of bold-faced names including a few bona fide hip-hop legends.

Maro: Yes, I’ve got three tracks in the game! One of them is also included on the original soundtrack. The title is Maro Music & Deadly Hunta as Footage Missing, “When It’s War.” The other two are “CCC” by Maro Music & Zuda (Cacimbo), and “Nose Bleed” by Maro Music & Razzy Razo (PeCero).

EDMTunes: What’s the story behind the making of “When It’s War” with Deadly Hunta?

Maro: Projekt Red approached me, knowing my darker compositions, and they knew where to place me from the get-go! I knew what climate it should have and what missions will be made to my music. It was quite easy for me to get into the zone, as this is the sound I’m strongly getting back into lately and it started to speak to me again.

Maro: Scoring for motion pictures and for video games are two quite different processes. As they both need to push the story, in movies, the song will always be in the same place, second-after-second. In games, the song can randomly appear within certain missions or in the overall game. So, when I score to a movie, most of the times I get a rough cut of the scene and can go from there, amplifying the feelings you see on the screen. When I score music for a game, I need to do a smarter composition that will fit in most scenarios and in any given time, and it has to be a dope track at the same time. That’s why, “When It’s War” is just flowing, with no major disruptions in the song.

EDMTunes: You have a very diverse range of music, in that you’ve released some really melodic songs with a pop element, to rap/trap tracks, to totally otherworldly music for film scores. What’s your formal music education?

Maro: I have my street cred! [smiles] I have no formal music education, but I’ve been making music since I was 14-years-old and I’ve learned the hard way. I have finished two technical faculties: sound engineering and acoustics. I’m self-educated. That’s why I can balance between so many genres and feel free to break them whenever I want. I just feel great making music, even though some schooled musicians might sometimes shake their heads in disbelief.

EDMTunes: Can you briefly describe what’s happening at Addicted To Music Studios, your professional commercial studios in Warsaw, Poland? What are some of the big projects you’ve recently completed? Any “big names” you care to drop?

Maro: Addicted To Music is a studio complex situation in the heart of the most modern TV studios in Warsaw, Poland. There are seven TV studios, a hotel, a restaurant all on a small lake and my own hidden space with an office, chillout room, two studios and a cozy recording studio. The studios have state-of-the-art equipment and monitoring up to 5.1. Most of the international work is done online, but it’s also a great place to hide away from the world if you need a project to be done. As for local artists and media agencies, I’ve probably worked with most of the market, scoring a few Gold and Platinum records every year. We run writing camps for the top labels, too.

EDMTunes: You are a “go-to” producer and mix/mastering engineer for a lot of big hip-hop guys, like Wu Tang Clan. We’ve read that you’re tight with the Wu Tang’s DJ Mathematics and there were also vague rumors last year about your doing a collab with Redman. What is it about rap and hip-hop (and its culture) that appeals to you the most?

Maro: I cannot and am accustomed to not say much about projects in-the-making, but I’ve worked with some hip-hop legends so far and I’ve had a lot of Wu Tang-affiliated songs on my desk. I was raised on hip-hop. It’s my kind of tempo and grit, especially mid-‘90’s East Coast. I have a lot of it in my music, even when I do pop stuff. I cannot consider to be in any genre as I’m between house, pop, techno, twerk, trap, hip-hop and music illustration. My main genre is Maro.

EDMTunes: You have a new remix with Skytech out on Universal Music Group that’s really burning-up the charts and Spotify playlists, “Invisible Dress” (Maro Music x Skytech Remix) by Sanah. How did this remix come to be? Are you actively hunting for remix work? What’s your process for taking-on remix jobs when you have such a tight schedule as you do?

Maro: I heard the song some time ago and something resonated in me. I thought it had not enough attention as it’s just a superb composition. At the same time, I started to jam around with Skytech in different projects and I thought, maybe it would be a great idea to make it together. I did the first draft and sent it to Sky and he liked the initial idea. We put a lot of new elements to it that took the remix to the next level, and obviously, I like it a lot, too! We were sending it back-and-forth for some time as we live 300 kilometers apart. I mixed it and two months later, it’s topping the charts and getting a lot of airplay and is on a straight line for a Gold record.

EDMTunes: Tell us about your new artist album coming-out this spring, Rejects.

Maro: Rejects will be a dystopian audio musical happening in the near future. The influence of Cyberpunk 2077 will be quite obvious in it, but it has a nice twist to it. I’ve invited amazing artists from all over the world to join my audio musical and tell a story. Every artist has his/her own role and the songs are connected with dialogue and a lot of sound design. This is my baby. I wrote the script, produced the music, did the sound design, mixed it and mastered it. Of course, I have a great team to help me with other things around the project, but sound-wise, it will be all ‘me.’ The story will take you on a journey that will give you an hour to ease your mind, turn off your phone and just live the moment. At a time when everyone has so much tension, it’s important to have a moment to reset and enjoy a good story.