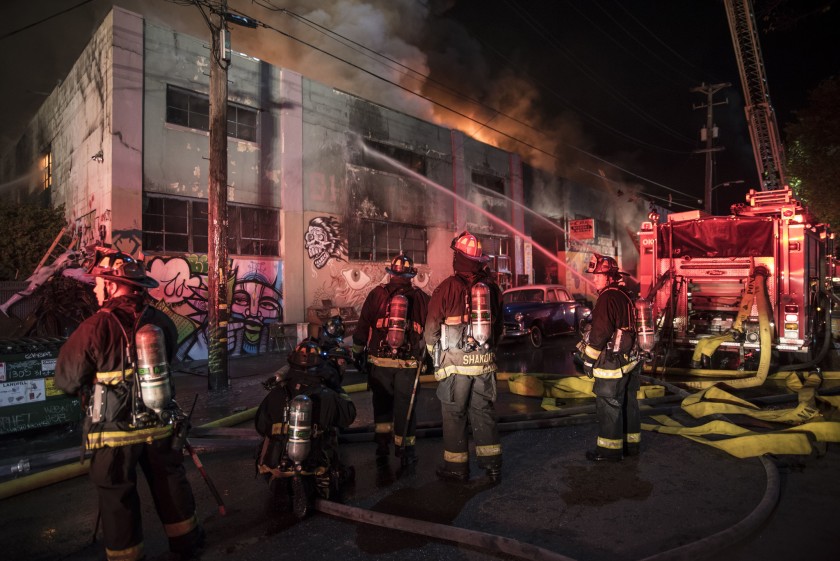 The master tenant of the Ghost Ship Warehouse fire that happened back in 2016 just pleaded guilty. Derick Almena‘s plea deal convicts him of 36 counts of involuntary manslaughter. He will receive nine to twelve years in prison, per the Alameda County prosecutors on March 8th. Though, due to his already good behavior, he’ll likely spend the last remaining months at home with an ankle bracelet.

About The Ghost Ship Warehouse Fire

Back on December 2nd, 2016, a fire broke out in a former warehouse converted into an artist collective. Derick called it the Ghost Ship, where he illegally sublet the first floor to artists trying to survive in the Bay Area. He told people to make it their 24-hour music studio, not a home. This loophole led to an illegal rave there with 80-100 people. Of the total attendees, 36 people died and made it the deadliest death toll and building fire in Oakland’s history.

With wooden objects, hazardous garbage, construction debris, and extension cords everywhere, something was bound to catch on fire. No permits for the venue meant no health and safety; just a good time. Partygoers danced upstairs but when the fire happened, they fled downstairs. Inasmuch, the wooden ramshackle staircase couldn’t support the tremendous pressure and weight from those trying to run down. Chor Ng, the building owner, paid $3.1 million for fire damage.

The County acquitted creative director, Max Harris, of the same convicted counts. Almena served time behind bars in 2017, but due to COVID-19 fears, was released last May. Did he get enough time to compensate for his actions? Who’s really at fault? Our hearts go out to the families that the fires affected.