Home Music News David Guetta Sets All-Time Record For The Most Weeks In The Netherlands...

David Guetta is back in the news, and I’m sure he’s ecstatic. The reason he’s making waves today is due to a record he broke, and which he now holds. The record in question is that of the Nederlandse Top 40, aka the Netherlands Top 40. It was recently announced that Guetta has been on the NL Top 40 for a whopping 629 weeks. In other words, 12+ years.

If you look back at David Guetta’s discography, it’s rather easy to see how, and why he’s been able to reach such a feat. He’s been consistently releasing heat. Guetta released his debut studio album  ‘Just a Little More Love‘ back in 2002. It wasn’t until 2008 though that we saw him make the charts.

This may have been from a track on ‘Pop Life,’ which was released in 2007. Possible candidates are ‘Love Is Gone‘ and ‘Baby When The Light.’ Conversely, his first hit on the Nederlandse Top 40 may have been a tune off of his 2009-released album, ‘One Love‘. I say this, as singles are typically released in the buildup to the full album. After looking at the tracklisting for this album, it’s a tossup to distinguish between which of the two saw him land first. Just check out the first four tunes from ‘One Love’ below, to get where I’m going with this one.

Since 2009’s ‘One Love’, Guetta has only released more heat, literally. He’s dropped Nothing but the Beat, Listen, and most recently, 7. Looking at this big picture, its easy to see how he’s managed to stay in the NL Top 40, for so long.

If you’re curious about checking out the entire post, you can do so below. 629 weeks is a long time, congratulations David Guetta! 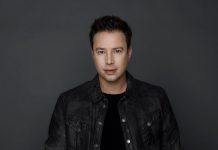