Last week marked seven years since Tomorrowland announced that they had Georgia on their mind. And my Facebook feed is full of friends posting photos and sharing their TomorrowWorld memories.

I think it is great that people still have fond memories of Tomorrowworld five years after the festival closed its doors. But, at the same time, I get highly annoyed when I think about that three-day party in Chattahoochee Hills.

I am often left sitting here, in my home minutes away from Bouckaert’s Farm, wondering what if. And it annoys me.

TomorrowWorld was a new festival. But it had all the tools there to stay afloat for years.

All the things you would expect to spell doom for an upstart festival did not actually doom TomorrowWorld.

Ticket sales did not worry the festival too much.

The local community and businesses supported the festival strongly. I wrote article after article detailing the preparations city councils, county commissions, and local businesses made to welcome the influx of people.

To use a Southern United States analogy, TomorrowWorld had all the ingredients to make some truly delicious macaroni and cheese. But, as most Southerners know, not everyone can cook good mac and cheese, even with all the right ingredients.

The suits at SFX Entertainment screwed up the mac & cheese.

SFX had all the ingredients. They had the people, the Belgians who perfected the Tomorrowland recipe, advising them. SFX Entertainment still managed to screw it up.

A Tomorrowland spokesperson said, in 2016, “we have noticed that our vision and goals, including a long-term strategy, are different from those of the publicly listed company.”

That is a nice way of saying, “We Belgians had a good recipe for macaroni and cheese. Then the bloody Americans came in, talking about adding raisins and other nonsensical ingredients to the mix. And they screwed it up.”

We could have had good, delicious macaroni and cheese for years. We could have had TomorrowWorld for years. Instead, we got a burnt, raisin-infused mess that left such a bad taste in everyone’s mouth, the Belgians said, “That’s the last time we’re lending that recipe out.

“If you want the real deal, you come to Tomorrowland; you come to Belgium where our people know how to cook.”

And let me tell you something. Once you’ve had a taste of Tomorrowland (I’ve had three big plates the last three years), it is hard not to look at every other festival and say, “Yeah, but…” 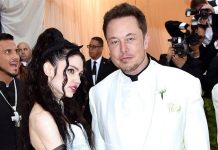 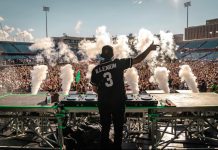