The global pandemic has not only wreaked havoc on the dance music community and everyday life—it has distorted our sense of time. It is already halfway through 2020 and as such, it seems appropriate to recognize dance music albums that have been released thus far, even though they can’t be experienced at live shows quite yet.

EDMTunes conducted an internal poll among staff writers to come up with the top 10 albums so far this year. Here are the top 10, plus an honorable mention for the 11th spot. There were quite a few ties, as well.

The king of trance came out on top with the most votes for RELAXED, a compilation of downtempo remixes of many of the most beloved tunes in his career of 20-plus years. Armin has been relatively quiet during quarantine, but made a huge statement releasing the album on May 29. It includes chilled out and tropical house sounding treatments on classics like ‘In And Out Of Love,’ ‘Fine Without You,’ and ‘Make It Right.’ Some tracks get more than one rework, including ‘Going Wrong‘ and ‘This Is What It Feels Like.’ There are acoustic versions of recent songs including ‘All Comes Down‘ and ‘All On Me.’ Notably, no two tracks sound the same, again proving his legend status.

Kygo’s third studio album Golden Hour, also released on May 29, is packed with infectious trop house tunes and major collaborations. The Norwegian producer partnered with Whitney Houston for ‘Higher Love,’ OneRepublic for ‘Lose Somebody,’ Sandro Cavazza for ‘Beautiful,’ to name just a few.

Duke Dumont, one of the most respected house producers, came out with his first full-length album on April 17. Duality includes his biggest hit, ‘Ocean Drive,’ the lead single ‘Therapy,’ and eight other groovy and soulful songs.

Tied for third place is BRAVE, the debut album of English bass house producer JOYRYDE. The album with 18 tracks that make you want to get up and dance was released on April 3.

The Anjunabeats star expanded his range as an artist with his first full-length album, 1000 Faces, released January 24 on Seven Lions’ Ophelia Records. Fittingly, it includes a collar with Seven Lions, ‘Known You Before.’ Ross dabbles in a new sound with ‘One That Got Away’ with future bass rising star Dabin and Dylan Matthew, the vocalist for several Slander hits.

Spots 6-8 spot are a three-way tie that includes the godfather of EDM. Tiësto dropped his sixth studio album, The London Sessions, with radio hits including ‘Jackie Chan’ on May 15.

The Swedish duo released their third studio album, Church, on February 7. It stays true to their brand of cheerful electro house.

10. Spektre – Against a Dark Background

Spektre officially released their newest album, “Against a Dark Background“ earlier this year. An album of dark and intense peak-time techno, the album is best exemplified by ‘Black Heart’ which re-imagines the classic “Listen To Your Heart”.

Drumcode’s Wehbba dropped this album full of rip-roaring techno that contains several techno-set mainstays from 2019 and 2020. 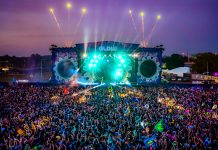 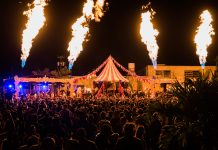