Recently, music producer Carnage announced that he will be hosting the first-ever drive-in event in the United States. Taking place in Orlando, the RAVE ROAD will occur on June 6th while maintaining social distancing guidelines.

Considering that it is the first of its kind in North America, it may be a little confusing as to how the event will function. Thankfully, we had the chance to speak with the clever music artist about what is in store for the exciting festival.

You are officially organizing the first-ever drive-in music festival in North America. What led you to come up with this clever concept?

I saw what they were doing in Europe and I was like fuck, I gotta bring this to the States. I mostly wanted to do something historic for the fans… I want to keep live events happening because they’re a source of positivity for people all across the world. It’s all about bringing the fans together in a safe way for me. People need an outlet and something to look forward to in these times and events/music can provide that for them.

This might end up being one of the first US festivals of the COVID era. Does that make you nervous?

Not at all, I’ve always been a trendsetter and pushing the boundaries of my whole career. I’m confident in my team. We brought in Disco Donnie for Orlando and Relentless Beats in AZ. These guys are some of the best in the biz.

Why did you specifically choose to bring The RAVE ROAD to Orlando?

I have mad love for Orlando. I brought RARE to Orlando in 2016 and that was WILD, we ended up doing 3 RARE shows there 2016-2018.  The shows were some of my favorites because all the homies were on the lineup before they blew up like Marshmello and Travis Scott. I’ve gotten tweets for years asking me to do something big in Orlando and this was the perfect opportunity to do it right.

How is this drive-in event going to be different than any show you’ve done before?

It’s the same but different I guess. I’ve never performed for a crowd of cars so that’s definitely a first. Despite that, I’m still bringing a massive stage with full special effects and dropping the old and new shit that will put you in your feels, then make you want to headbang out of your sunroof. This is 100% for the fans, and I produced it with them in mind. I’m still working with the venue and medical professionals (as always) to create the safest plan for our fans while still letting them enjoy the show and have some fun!

As promised, your event will aim to maintain social distancing guidelines on the day of the show. How will you ensure that these guidelines remain in place?

Like I kinda touched on before, I’m working with the venue, promoters, and some medical professionals to make this the safest event possible. Any safety concerns Disco Donnie or Relentless can address!

The ROAD RAVE will have performances from not only yourself, but from Riot Ten, NITTI GRITTI, Blunts & Blondes, and GRAVEDGR. What led you to choose these specific artists to become a part of this one-of-a-kind event?

Putting together the lineups for shows is one of my favorite things… I tell everyone, if I wasn’t a DJ, I would be an A&R at some label. I knew as soon as we locked in Orlando I wanted to get all my Florida boys onboard. This was about to become a full-blown festival. With that in mind, I called up Blunts & Blondes and Nitti Gritti and they locked it within seconds. Those dudes are both crushing it right now. Riot Ten has made some big moves and I fuck with his music and vibes, he is def gonna throw down. GRAVEDGR is my boy, he has been dropping steady heat on my label Heavyweight and the fans love him. This is the perfect festival lineup for all the bass heads out there.

You will soon be releasing your very own documentary, “The Price of Greatness: A Look Into The Misunderstood.” Tell us about it.

This is a project I’ve been working on for a long time. This seemed like the perfect time to finally release it. It’s a really up close and personal look at my life, what it’s like being a touring DJ, and just my outlook on life. I’m excited to share this with my fans and let them get a look at who I am beyond the stage. There are some really magical moments in there from being in the studio with Mac Miller, my first Ultra Mainstage in 2016, to some never before seen or heard Avicii music and video.  It’s out now on my YouTube!

A portion of the proceeds from The RAVE ROAD and your documentary will be going to the ANF COVID-19 Relief Fund. What made you choose this one?

It’s no secret I’m from Nicaragua and have mad love for my homeland. I wanted to do something to give back to them and help in these hard times. It’s been tough on people here in the states but it’s even harder in countries like Nicaragua where they are already struggling just to have basic necessities for everyday life.

I’m doing another Road Rave in Phoenix, AZ on May 30th, it got dropped the day after Orlando. I wanted to do something for the west coast fans too. I called up my boys 4B, Valentino Khan, Saymyname, Dr. Fresch, Bijou, and Paz for this one. It’s gonna be wild. I’m ready to get back on the road and in front of the fans doing what I love. 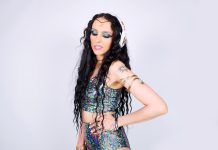 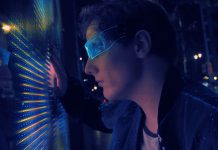 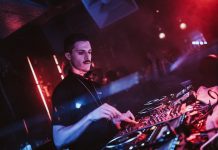