We’re onto our second week of lockdown, and sadly, there’s still no end in sight. Deprived of almost all things fun, music is one of the few things that keeps us going. And Paul van Dyk‘s latest single ‘First Contact‘ drives exactly the sort of motivation we need at these times.

My new single FIRST CONTACT with Kinetica, taken from the album #GuidingLight is out now. https://lnk.to/pvd_firstcontact

Driving an energy similar to the level of exhilaration we’d most certainly feel when we finally make first contact with the outside world after this all ends, ‘First Contact‘ marks the third single from his forthcoming album Guiding Light, set for release next month. So far, Paul had already released ‘Parallel Dimension‘ and ‘Duality‘ in anticipation for his hotly anticipated tenth artist album.

This “heat-seeking trance missile” also marks Paul’s first collaboration with Kinetica, trance DJ-producer from Belfast who had caught PvD’s attention with a demo back in 2019. And together, they have created a banger “calibrated for maximum spiritual elevation,” embodying everything trance represents.

Suffering the same fate as many others, Paul has had to put his touring plans on hold as a result of the coronavirus pandemic. But as they say, if there’s a will, there’s a way. Determined to share his music with the world, the trance legend has stepped into the virtual clubbing space with his PC Music Nights series alongside Chris Bekker. So far, the two have hosted two episodes from Berlin’s famed club Anomalie, having played for 5+ hours to an audience of around 30,000 through Facebook livestream the past two weekends. This, of course, is set to continue, although he will be hosting the upcoming episode from home this Sunday March 29 at 7pm CET (2pm EST, 11am PDT) due to new restrictions in Germany. So don’t forget to tune in!

“The idea, was to unite people from all over the world, bring them together virtually, find strength in numbers and escape reality through music.” 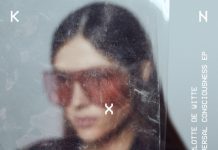