When it comes to this whole coronavirus fiasco, it’s no doubt that businesses are getting hit hard. Airline stocks definitely come to mind, followed by the tourism and hospitality industry. Sadly, entertainment stocks are not immune either. Live Nation (NYSE: LYV)‘s stock has fallen by 16.5% in just one day. In nominal terms, that’s a whopping $1.8 billion loss in market value.

On March 10, Live Nation’s market capitalisation had been approximately $10.8 billion. Then, on Wednesday, March 11, that number plunged to $9.01 billion as the stock closed at a price level of $42.01.

The magnitude may be overwhelming, but if you come to think about it, it’s completely understandable. Since the beginning of this global pandemic, concert touring and attendance have been halted. And what’s worse is that as of now, there is still no end in sight.

Based on how the situation is rapidly unfolding, it wouldn’t come as a surprise if there are more event cancellations in store. As of today, Ultra Miami and Tomorrowland Winter, among many other festivals, have been cancelled. Meanwhile, Coachella, another fan favourite organized by rival concert giant AEG, has been officially postponed to October.

Ironically, just a week back, the company’s CEO – Michael Rapino – had downplayed potential implications of the virus, citing it as a temporary disruption. He explained that “most of our business doesn’t start until the middle of June onwards. So the next few months, we’ll have some cancellations, I assume, here and there in some arenas and clubs. But the heart of our business happens this summer.”

We sure hope that optimism comes through, but at the moment, it is hard to say. 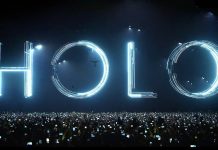