Armin van Buuren’s Balance Tour made it to the California Coast this past week, making a stop in the great city of Los Angeles. The King of Trance returned to the iconic Hollywood Palladium and brought with him several special guests as well. The Palladium has seen all of the top electronic artists including Eric Prydz, Above and Beyond, Gareth Emery, and Alesso. To celebrate the release of his newly released album, Armin put together an amazing production that exceeded all of my expectations!

To start the night off, Rodg took to the stage. If you’ve followed A State of Trance’s weekly broadcasts, you’ve likely heard Rodg’s work. His hour and a half set included classics like ‘Someone Said’, ‘High on Life’, and ‘Our Generation’. Within half an hour of Rodg’s set, the dance floor was nearly packed. The second level of the theater was mostly reserved for VIP ticket holders but it was also filling up fast. All in all, you could feel everyone’s energy and excitement for Armin to take the stage!

Right before the clock hit 9:30, Rodg finished his set and it was time for some ‘Balance’. The bass hit and lights glowed a bright red as ‘La Resistance De L’Amour’ filled the theater. Armin appeared on the stage, within a spectacular ‘A’ structure. The giant steel 3 dimensional ‘A’ looked to be outfitted with bright LED lights and synced perfectly with each song he played. If you watched the live stream or attended last year’s Untold Festival, you’ll notice it’s the same structure! Overall, the visual effects, lasers, and lights were all stunning!

The first half of Armin’s set included ‘Show Me Love”, David Guetta’s “Make it to Heaven’, and Leo Reyes’ remix of ‘Therapy’. Some of my favorite moments include ‘ResuRection’, ‘Lighter Than Air’, and an appearance by Haliene performing ‘Song I Sing”. Speaking of live performances, Armin introduced several special guests to the stage including Haliene, Sam Martin, Candace Sosa, MatLuck, and Avalan. Sam Martin’s performance of ‘Wild Wild Son’ was a memorable moment many of us didn’t expect. I really appreciate how Armin invited vocalist from his new album with him on this North American tour!

All in all, Armin’s Balance tour stop in Los Angeles went flawlessly. Even after traveling across the USA on a tour bus these past several weeks, Armin looked to be full of energy. Additionally, all of his guests had spot-on performances that really brought the songs to life! Whether it was clapping or singing along, I do think the somewhat stationary crowd could have been a bit more receptive to Armin. Nevertheless, Armin and his team always put down a memorable show that leaves me even more excited for the next one.

Now that it’s February, it’s time for another A State of Trance celebration. On the 15th of February, Armin will be celebrating 950 episodes of ASOT in Utrecht. At The Palladium, Armin proudly played this year’s anthem, ‘Let the Music Guide You’. He also played ‘Lifting You Higher’, last year’s anthem, as you could tell he was excited about the next milestone. Last year, Armin celebrated ASOT 900 in the Bay Area for the very first time. We’ll have to wait and see if he decides to bring the event back for ASOT 950 this year! In the meantime, be sure to watch the livestream of the event here! 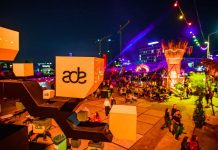 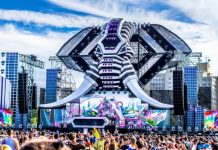