The United Kingdom plays host to a number of unique festivals renowned for party vibes and huge dance artists topping the bills. In 2019, UK festivals brought the likes of Swedish House Mafia and Calvin Harris’ return, Eric Prydz’s ‘VOID’ show and the debut of Pendulum’s brand-new Trinity performance to the island. As we approach another season, we’ve picked out five UK EDM festivals dance music fans can’t afford to miss.

Coming direct from the capital city, London, We Are FSTVL presents a huge line-up spanning two days with some of the best house and techno has to offer.

In true London style, the festival captivates a disco vibe with colour and creativity the centrepiece.

Tickets for We Are FSTVL sold out a month in advance last year, and it looks like a repeat is in the cards

With the bill headed by techno titan Carl Cox, Camelphat, FISHER and more, over six stages will be taken over.

Another two-day festival, SW4 is “a celebration of London music and culture” and presents one of the most diverse dance line-ups in the UK.

Founded in 2004, the festival has famous past headliner performances from the likes of Martin Garrix and Marshmello.

Phase one of the line-up dropped this week and has got fans more excited than ever for this year’s event!

Hosted within the multi-purpose Bath and West Showground, NASS Festival attracts 30,000 ravers from all over the country for a four-day celebration of underground UK music and extreme sports.

The festival has an outdoor main stage to soak in the sun and the night-time atmosphere, but the production inside its indoor venues like the drum and bass home ‘Southbank’ are what elevates it.

Phase one of this years’ edition has kicked off in a similar style.

So far, The Streets, Chase & Status and Ocean Wisdom top the bill and are joined by loads more of the best performers the UK underground scene has.

El Dorado Festival is the best kept festival secret in England, entering its fifth instalment this year and the festival is continuously growing.

The English countryside of Herefordshire turns into the lost land of El Dorado for a beautifully themed three-day festival.

Playing at unique stages located across the stunning forest, the DJ’s performing always pack a punch too.

No announcements have been made yet, but amongst the bill last year were Gentlemen’s Dub Club, Artwork, Redlight, Dimension and loads more.

El Dorado is a gem in the British festival circuit, and a must see for electronic music fans.

By far the most famous dance music festival in the UK, Creamfields is globally renowned for having one of the biggest line-ups and some of the best production in Europe.

Founded in 1998, Creamfields now attracts over 70,000 fans per day to Daresbury for four days of everything electronic music.

Swedish House Mafia and Calvin Harris were amongst the headliners in 2019.

Adding to that, huge performances from The Chemical Brothers and Deadmau5 Cube V3 helped ensured a sell-out.

Creamfields has already announced some huge headliners, and phase one of this years line-up drops this week.

Have you attended any of these UK EDM Festivals? Let us know! 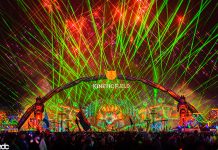 Year in Summary: The Trends That Defined Dance Music in 2021 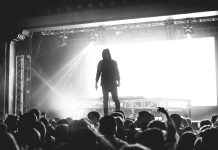 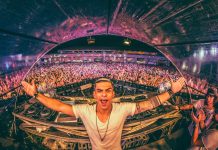