Home Tech Spotify Stock Has Been Dropping Since Summer

Spotify stock has been on the decline since the summer. In fact, shares are currently down a staggering 35%, and close to a 52-week low. Growing pressure from Apple Music and Amazon Music continue to linger as earlier this year, Apple Music surpassed Spotify in U.S. subscribers.

In total, Spotify stock is down 1% this year. A Credit Suisse report put out by analyst Brian Russo explains part of the concerns surrounding Spotify:

Spotify shares have at times been volatile around competition headlines and we expect this will continue to be the case for some time. We find investors most concerned about Apple as a competitor, and less so for Amazon and Google.

While this news is concerning for Spotify, they are still the top dog in the streaming world. Spotify is continuing to dominate the music streaming space, like Netflix dominating video streaming. Spotify currently has upwards of 100 million paying music subscribers. Trailing behind is Apple at 60 million subscribers, and Google Music with 15 million.

Is Investing in the Podcast Industry Fruitful for Spotify?

While planning to invest over $500 million in Podcasts, Spotify hopes this will help in the long run. Pushing out a Podcast For Artists app has certainly drawn more attention for content creators alike, but is it enough? Acquiring 2 major podcast companies in February also helped including: Anchor and Gimlet Media.

With signing such acts such as Barack and Michelle Obama, Spotify is putting a lot on the line for Podcasts. However, at the moment it doesn’t seem to be helping, and its competition is on the rise. Furthermore, all Android devices will now come pre-installed with YouTube Music which will surely divert even more Spotify listeners. 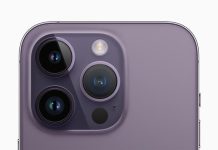