President Trump announced plans on Wednesday to finalize an act that will remove all non-tobacco flavored E-cigarettes off the market.

The vaping industry was under the impression that it had a bit more time in the swing of things. It wasn’t until May 2020 that operators would begin requiring applications for any flavored E-liquid. The market would remove certain products until they gained approval from the Food and Drug Administration.

In an effort to lessen the numbers of vape-related illnesses, the FDA will launch this notion into action some eight months early. The ban, which will go into effect within the next few weeks, came as an unforeseen obstacle to fans and founders.

“I said ‘Oh shit, is this for real?'” said Jai Gyorfi, better known as ‘Jai Haze’ on YouTube, upon learning of the e-cigarette ban. Haze owns a vape shop in New Jersey and runs a vape-oriented YouTube channel with nearly 170,000 subscribers. A blindsided Gyorfi then hosted a livestream with 2,000 viewers who were equally as shocked by the news.

When e-cigarettes were first introduced, many people viewed them as a healthier alternative to cigarettes. The FDA embraced e-cigarettes as a less harmful way for adults to satisfy their nicotine addiction. However, skyrocketing reports of minors getting hooked on them called for a reverse action.

“We intent to clear the market of flavored e-cigarettes to reverse the deeply concerning epidemic of youth e-cigarette use that is impacting children, families, schools and communities,” Health and Human Services Secretary Alex Azar said. “We will not stand idly by as these products become an on-ramp to combustible cigarettes or nicotine addiction for a generation of youth.”

An entire industry at risk of removal

Since Wednesday’s announcement, many users, including Gyorfi, expressed frustration at Trump’s attempt to remove an entire industry. “It’s a way bigger picture than just, ‘hey, let’s do this, or remove this,’ because then that closes businesses,” Gyorfi said. He isn’t wrong. Only the largest vape shops survived the 2016 Pennsylvania movement to tax e-cigarette products by 40%.

Trump, along with officials in Michigan, claim the goal is to stop teens and children from addiction to certain kid-friendly flavors. Gyorfi and others argue this is far too narrow of a perspective; that punishing everyone as a whole has broad consequences.

“I do believe that the government should ask ‘what’s in these [juices], are these okay to vape, what kind of research do we have.” Rather, Gyorfi hopes the industry can reach a compromise on testing systems, similar to the methods used in cannabis testing. If not, nearly 20 million Americans struggling to quit smoking will be at risk for relapsing into cigarette use.

“I think that’s fair, very fair,” Gyorfi said. “Don’t just strip it from everybody that it’s worked for.” 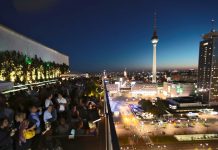 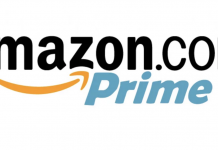 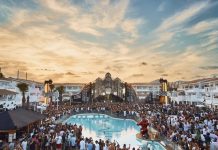