As has become tradition, Armin van Buuren brought his storied A State of Trance show to Tomorrowland during Weekend 2 for a trance takeover. We took the ASOT Radio Room to chat with Armin’s ASOT right-hand man Ruben de Ronde about Tomorrowland, ASOT, and new talents.

Tell us how Tomorrowland has been so far:

Nice…and of course we have..uh a different stage…which you know….sh*t happens. But Tomorrowland, I don’t know how they did it but bam made a new stage so I played there b2b with Estiva and to be honest it was a lot of fun. I mean it was raining hard but it was still a good crowd.

That’s right it looked like ASOT stage had the biggest crowd during that cold rain, impressive

So this isn’t your first time at Tomorrowland obviously – how many times have you been here?

I’ve been here many times. I played here in 2013 and I think this is my 7th or 8th Tomorrowland. I used to host TomorrowlandTV together with the current host.

Some people don’t realize you actually run the show here at ASOT. How did you first get involved?

I think I first got involved in Stockholm about 13 or 14 years ago and I’ve been with the A State of Trance team since 2007 and you know the program just kept on growing. It’s every week it’s not hard to go into the studio with Armin, it’s actually a lot of fun.

What does it take to run ASOT from week to week?

Phew, well we’re in touch with a lot of labels so they send us alot of exclusive content and we’ll hear from guests that want to come by. So we try and balance everything and then we also do our service for dreamers each week so a fan gets to come in. We’re already looking ahead to September and October so we can be ready.

Do you have a favorite service for dreamers you can recall?

The funny thing is that every week somebody comes in with a totally different story. Sometimes it’s super sad, like we had somebody who had a big surgery a few weeks after she came into the studio and you’ll also have people pop the big question and get on their knee in the studio. Every week it’s something special.

We’re here at ASOT 900, but I’m sure you’re already thinking about ASOT 1000 – should we be expecting something huge?

Absolutely, we’ve been planning it now for a while already. Of course, it’s going to be massive, it’s a big one for us.

Now since you get all of these demos, who are some of the best upcoming names in trance?

Beatsole is really good and you have a lot of the guys on my label, Statement Recordings. You have Estiva and a bunch of others with great music coming out soon. 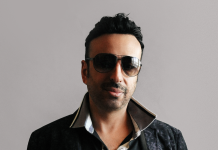