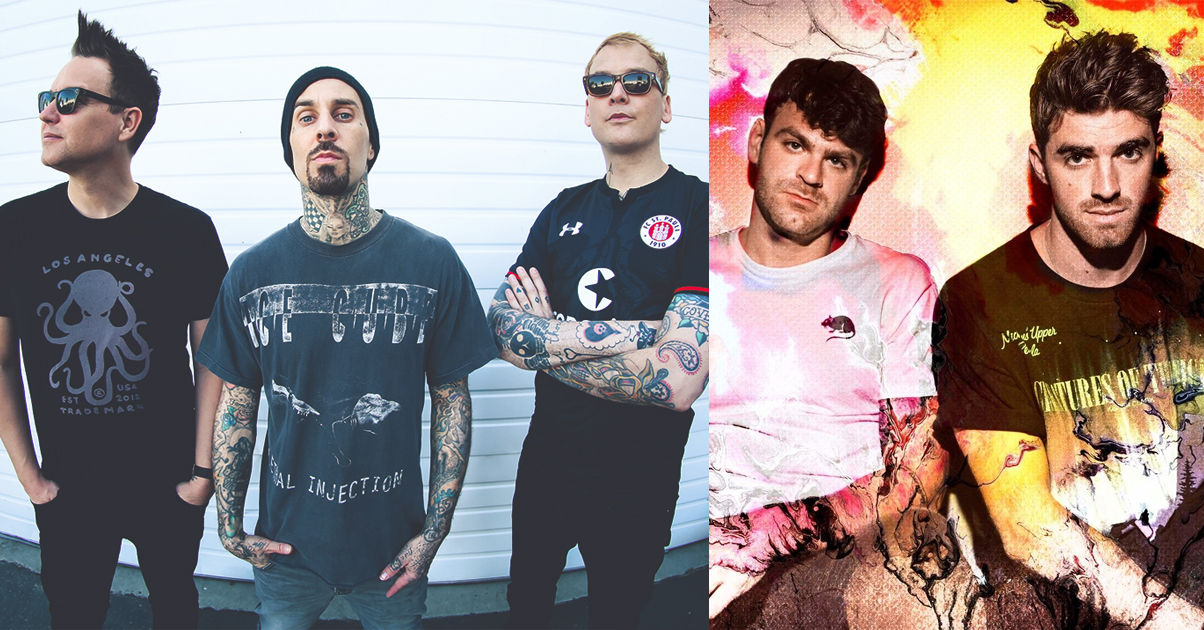 The hype about the about the upcoming collaboration between The Chainsmokers and blink-182 is steadily increasing. The Chainsmokers, Alex Pall and Drew Taggart, posted a photo on their Instagram standing with blink-182’s Mark Hoppus. The caption under the photo cleverly says, “CHAINS 182”. Although we do not know for certain when we will hear this collab, it seems that it may be sooner than later.

The groups joined forces early this year, and shared this news with the world through a tweet.

The Chainsmokers’ signature sound naturally spans across indie, progressive and pop realms. This upcoming track with blink-182 will likely push these boundaries. There has been a growing trend of cross-genre collaboration, particularly with the electronic and rock/metal worlds. Other artists who are embracing and experimenting with this meshing of genres include Kayzo and Sullivan King.

Allegedly, there will likely be albums coming soon from both respective groups. In the meantime, stay tuned for updates on The Chainsmokers and blink-182 collaboration.