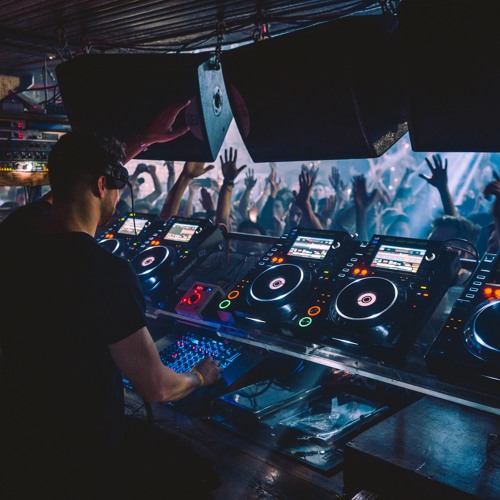 The resurgence of the 4-beat continues and Yotto is on the front lines of the revolution. Hot on the heels of his hyper-successful debut Anjunadeep release Hyperfall, the Finnish DJ/producer is embarking on a world tour. He’s got stops all across the globe sprinkling in some pit stops for festivals as well as some legendary nightclubs. Fabric London, celebrating 20 years in the game, is one such nightclub appearance and he uploaded the full 2.5 hours of his March Fabric set today.

Although 145 minutes might seem like a long listen, Yotto’s Fabric set is anything but boring. He bounces all over the house genre throughout the entire mix, mixing flawlessly from track to track. At 18:20 he drops into some lovely dark tech-house with an overbearing goth-sounding synth that is sure to rattle your eardrums.

Be sure to crank up the volume at this point and clear out some space to shake some ass! More of the same around the 70′ mark too. Guaranteed, the crowd let out an emphatic scream here when he drops the beat out completely.

Yotto’s Fabric set is chock-full of glorious house gems. It will def have you moving from the opening buildup to the end when he winds the platters, flooding the speakers with reverb. However, there isn’t a list of ID’s accompanying the Soundcloud upload so you’ll have to listen to the mix all the way through with your Shazam app ready. Just like his Winter Mix 19, this set will have you craving his track list. Similarly, the blend of dark and ethereal beats are well worth the hours of listening.

Listen to the full mix below and be sure to pick up tickets to see him live when he’s in your town!