This past weekend, Manila Killa made his Brooklyn Steel debut as performed at his latest stop on the ‘1993’ album tour. The Filipino DJ was supported by his good friends MELVV and Ilo Ilo who both had astonishing opening sets.

When the night began, the crowd was slow to enter the venue but towards the end the middle of MELVV set, Brooklyn Steel was packed from wall to wall. Just as the clock struck 11:25, the main event, Manila Killa, took the stage to a roaring ovation from the packed crowd. The diverse genres of music played throughout the night made the event very interesting. Whether it be an aggressive hip-hop track or just downtempo chilled out music, the crowd loved it all. Manila Killa would go on and play all of his hit tracks that had the crowd dancing in excitement throughout the night.

One thing to be mentioned, is that this show was more than just a music event but more of a full on demonstration of Manila Killa’s various talents. Not only did the DJ incorporate break dancers into his show, he even took part in the choreography as well. To further this performance, he would also go on to sing to the crowd too. This was definitely no ordinary show. This past weekend was just the first few shows of his ongoing ‘1993’ album tour. He will be making stops all across the United States spanning until June. Check out the tour dates below and see where you can catch him perform. 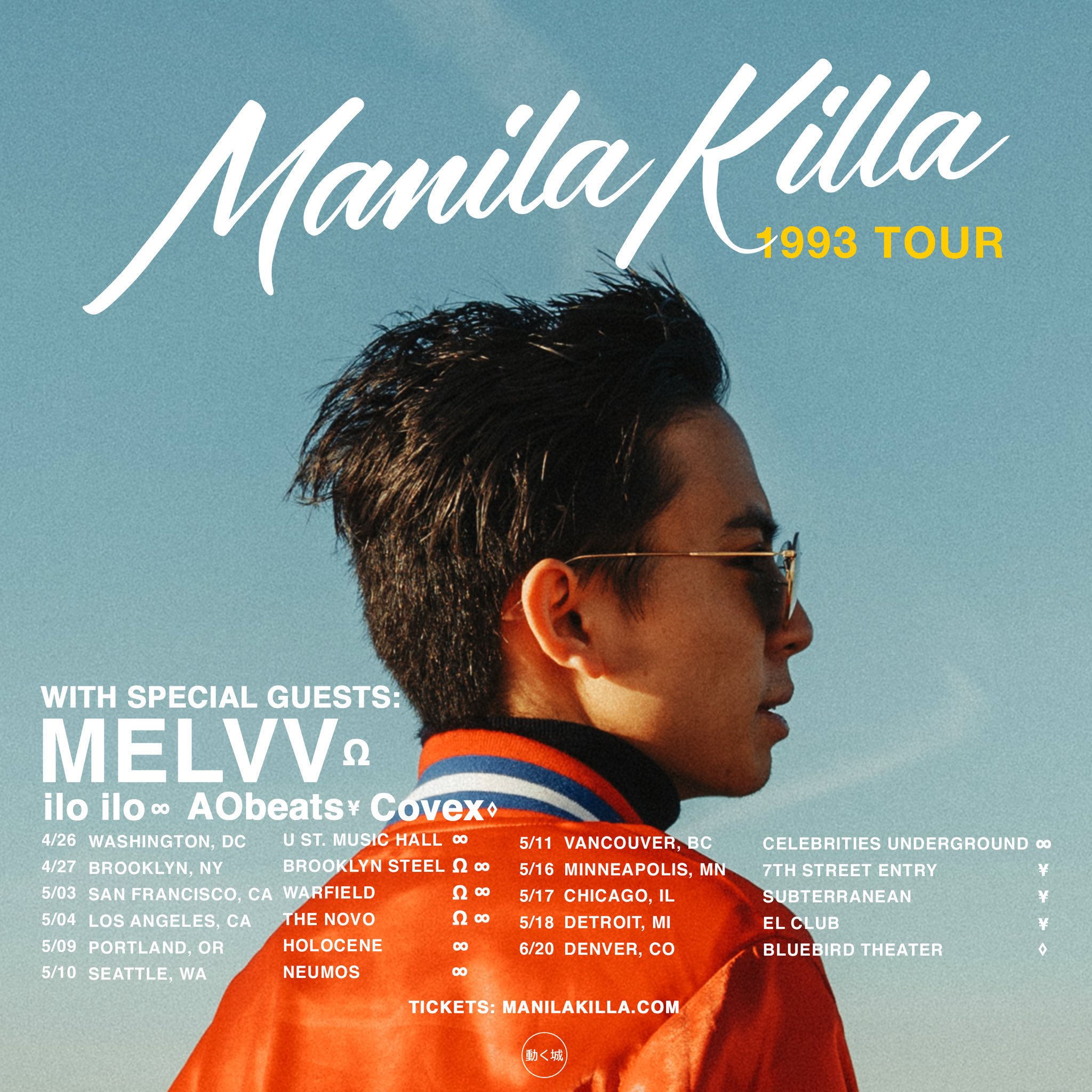