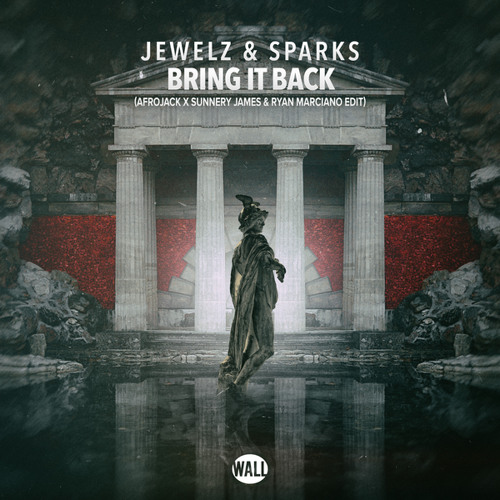 Coming off one of the biggest sets from Ultra Miami, Afrojack has finally released his edit of ‘Bring It Back.’ In a collaboration with Sunnery James & Ryan Marciano, the three of them came together to produce this absolute heatmaker. Afrojack is no stranger to bringing a hard beat to his sets. Earlier in his career, it might not have indicated that, but Afrojack does indeed go hard.

Jewelz & Sparks are a longtime DJ duo hailing from Germany. They’ve had hits on Spinnin, Revealed Recordings, and Musical Freedom over the years. Now they’re coming over to Afrojack’s imprint for this one.

‘Bring It Back’ hits right in the beginning with a catchy beat taking in the listener. The vocals “Bring it back” rings around your speaker as the beat picks up. We are finally brought into a firey drop that will surely be playing all Summer long. As the drop goes on the beat continues to get higher in pitch pulling us deeper into the track.

The trio of DJs have been teasing this track for months now at shows. This marks the first true collab between Afrojack and Sunnery James & Ryan Marciano. The track will be released on Armin Van Buuren’s label Armada.

Afrojack is currently on tour and will be stopping at many major music festivals this Summer including Tomorrowland. Sunnery James & Ryan Marciano are also on tour!

Lauren Mayhew Teams Up With Mariline on “We Are Home”