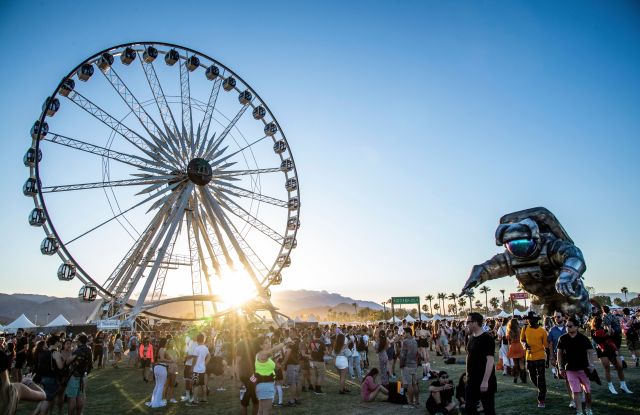 Coachella is without a doubt one of the music world’s premier festivals. Between its star-studded lineups, surprise guest appearances and amazing performances, there is little left to be desired when it comes to the festival as a whole. Seems like one couple, in particular, didn’t quite get the memo.

As is expected, weekend one of the legendary music festival was full of good vibes, and even better music. Throw in a couple of lewd acts, and you’ve got yourself what will easily be one of the most memorable attendee created moments in Coachella history.

While the people behind Coachella have yet to issue a statement regarding either of these acts, it remains to be seen if any more videos will surface. It goes without saying, that weekend one is already in the books. With weekend two coming up, it will be interesting to see if anything is done to curb these lewd acts.

It’s only fitting that this is all occurring at the festival that has been unofficially dubbed the “Influencer Olympics”. You can check out the video for yourself below, but you’ve been warned, don’t open this at work.