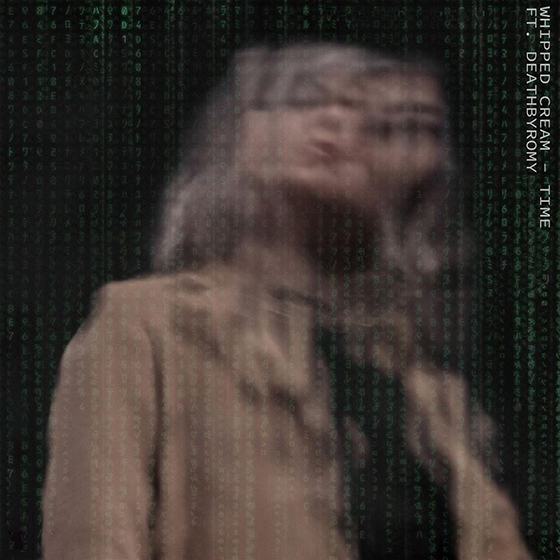 Canadian DJ and producer Whipped Cream continues to prove that she is not here to mess around. Her unique sound packs a punch in every single track she delivers, and ‘Time’ featuring DeathbyRomy is no exception.

This song starts with melodic vocals from DeathbyRomy, unveiling a gently building rise of sound. The leveled bass makes its way into the track about a minute in, and creates a steady beat with an addictive, smooth sound. The flow of this track is a perfect example of Whipped Cream’s craft. Her blending of sound alongside DeathbyRomy’s vocals leave us with a track that will stand the test of time (pun intended).

Whipped Cream has showcased her deep passion for music with every new release, and has a knack for effortlessly meshing multiple genres. Her live sets are also full of uncontrollable energy, as is her stage presence overall. In late 2017, she released her EP Persistence on Skrillex’s Nest HQ. Following this release, her music began to really catch the attention of some of the biggest names in the electronic music world. In 2018, Whipped Cream joined United Talent Agency and Prodigy Artists. She also secured a label deal with Big Beat/Atlantic Records. Now, in 2019, we have been blessed with a plethora of new releases. It is safe to say that we will likely continue to see her name pop up on large festival lineups.

The grit and determination Whipped Cream brings to her project is undeniable, and we can’t wait to see what she comes up with next. Check out her Spotify profile here!