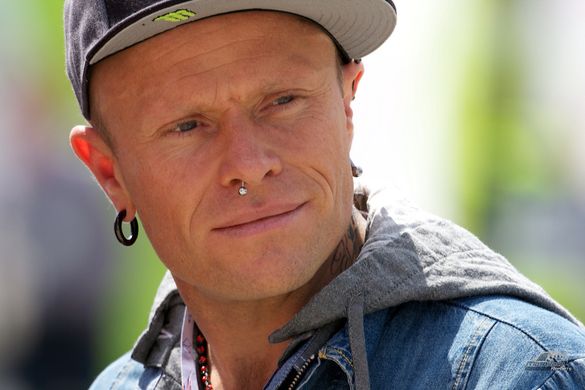 The Prodigy may not be everyone’s cup of tea, but there is no denying the prolific influence the British rock-electronica band still has on dance music today. Frontman Keith Flint is a huge part of The Prodigy’s iconic image. From the devil-horn haircut to his in-your-face stage presence, the vocalist is nothing short of legendary in the scene. It is with a heavy heart that this morning we must report that Keith Flint has died by suicide.

While the newer generation of electronic music fans may be in the dark about The Prodigy, their role in making dance music accessible is nothing short of profound. With chart topping singles including ‘Firestarter‘ and ‘Breathe,’ the Brits brought the underground U.K. rave scene to mainstream attention. A consistent force since the 90s, there is no separating The Prodigy from the very roots of the dance music culture we all know today.

As one of the founding members, Keith brought his grit and grime and passion to every project The Prodigy involved themselves in. There is no reference to the band without recalling the intense, confrontational imagery of the infamous frontman. Found unresponsive and pronounced dead on the scene at his home in Essex, England, Flint’s death has been confirmed as a suicide by authorities and fellow founding member of the band Liam Howlett.

Like Avicii, the loss of Keith to suicide will no doubt leave one of the largest holes in the dance music community that we have ever seen. Although he never gained the mainstream worldwide popularity seen by the Swedish EDM superstar, there’s no denying that electronic dance music would not be the same without them both. We may not be seeing him on the dance floor again, but we hope that wherever Keith is now he has found the inner peace that seemed to elude him throughout his life.