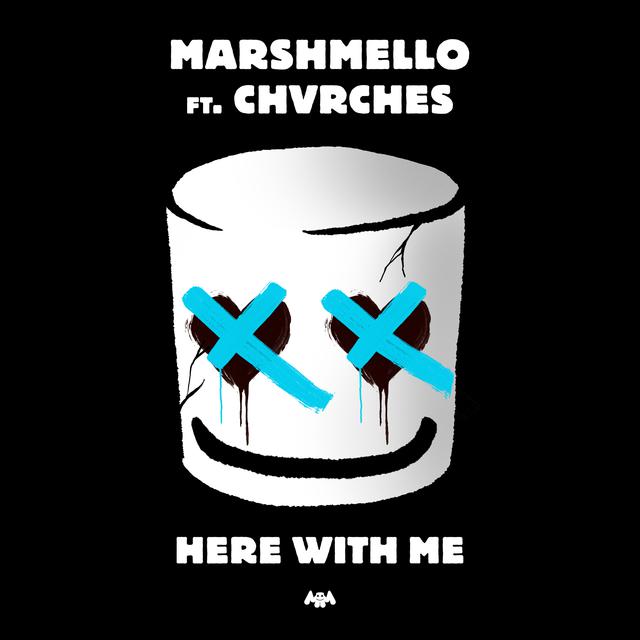 Marshmello feat. CHVRCHES – Here With Me

Last week Marshmello and CHVRCHES revealed that they were releasing a song together. Now ‘Here With Me’ is out for all of us to listen to. There was a lot of hesitation, especially from CHVRCHES fans, as they felt the Scottish trio were “above” a collab with Marshmello. But it’s not a terrible song.

There are people on the internet are calling it ‘Happier’ 2.0. Which, of course, is making reference to the hit track that Marshmello released last year with Bastille. And it’s a fair comparison. This song, like ‘Happier’, is deceptive with its contrast in tone and lyrics. ‘Here With Me’ is a song full of longing, and missing someone. The pop-y beat behind the words makes it so that it doesn’t get too muddled with sadness.

The highlight of the song is definitely Lauren Mayberry’s vocals. She really shines in this song. The beat is alright, but nothing stand out and memorable.

The biggest issue with the song is that it’s way too short. It feels like it cuts off halfway through. And at 2:36, it is shorter than your average dance track. Maybe they’re saving plenty of room for remixers to come in and do their thing? It’s hard to say.

All in all, it’s not that memorable of a track. It will likely get over-played on the radio because it is very air-friendly. But it doesn’t seem to be the sort of song that people are going to actively seek out.