Electric Zoo, or EZoo, has been the prime EDM festival for New York City for the past few years. The location is beautiful, set along the East River right in between Manhattan, Queens, and the Bronx. Since it’s EZoo’s 10th Anniversary, we’re expecting this year to be over the top. This year’s theme is Evolved. And evolved they have.

This lineup is so packed we had to read through it twice. A few huge names that popped out were Eric Prydz, Above & Beyond, Dog Blood, and Alison Wonderland. But really, the entire list is impressive. We’re excited to see are Camelphat, Whipped Cream, Slumberjack, and Nitti Gritti, to name a few. It will also be nice to see Getter perform after canceling his Visceral tour last night due to the backlash he’s received from bitter fans. Don’t bring any of that negativity to EZoo.

The festival will take place on Labor Day weekend from August 30th to September 1st. Since Skrillex, Diplo, and Dj Diesel will be there, who knows, maybe there will be a collab? Yeah, that might be a stretch but I guess we’ll have to wait. This is only the first phase.

Who are you most excited to see? 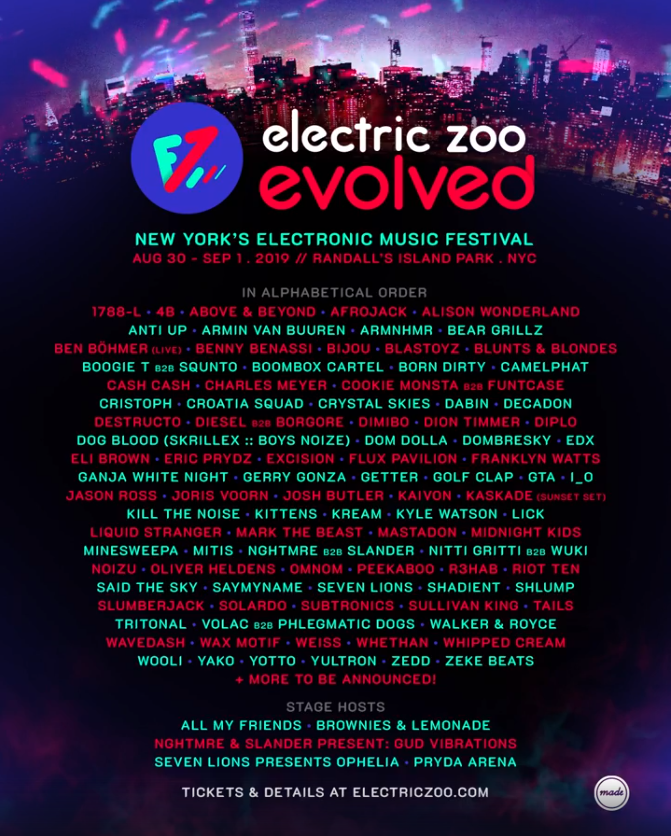