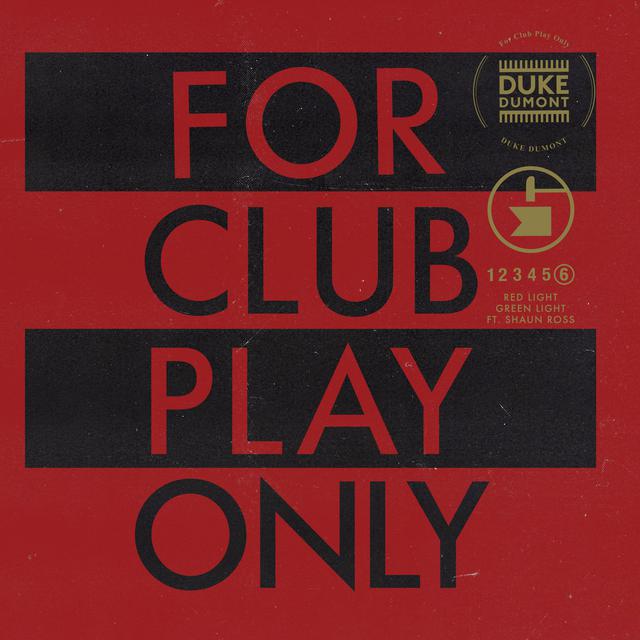 Duke Dumont is back at it again with a new release for his For Club Play Only series. Titled ‘Red Light Green Light‘, it is the sixth track on this album. Our British producer teamed up with Shaun Ross for this sweet track. Possible next club anthem for him?

The song consists of pulsing house synths along with a funky beat. As you listen, you’ll feel like you’re being transported to the underground. Walking through the dark hallways into the warehouse, a commanding bassline pounds. Blaring trumpets sound. Ross’s vocals narrate your club experience with lasers popping off in the background. It is a conversation between DJ and dancer. He describes everything you already know. There are two instructions you need to follow: stop at a red light, go at a green light. When the strobe light hits, show us how you dance.

This single follows Dumont’s latest hit, ‘Runway‘. Compared to the other club floor ready fillers, you take a wild ride with this one. His songs can be known as sonic confections. After all, we adore his past favorites when he plays them. Once a producer’s producer, he is now the people’s producer. His synthesis of techno, UK garage, and house bring us deep productions we dive into dance for.

For Club Play Only kicked off in 2012 with rumors of ending in 2016. Duke’s surprise resurgence with his fifth track gave us curiosity for more. With a sixth track out, the fun only continues! When Chris Lake exposed this track, the crowd went bonkers. Out now for our listening pleasure, here it is!

This is the perfect addition to the collection, so take a listen below. Don’t forget to purchase the song via Astralwerks.