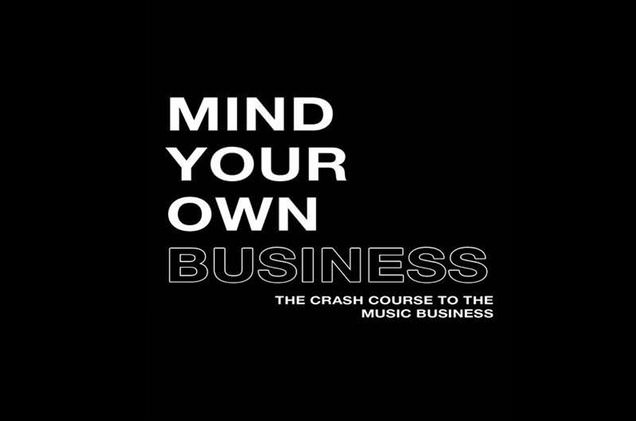 When it comes to the world of Dance Music, Amy Thompson is one of the most influential people on the planet. She’s managed everyone from DJ Snake, to Alesso, and even helped to bring the Swedish House Mafia to the heights they are currently at. It goes without saying that these are easily some of the biggest names in music.

In the world of music, Thompson has a stellar track record when it comes to the artists she’s worked with. Aside from Dance Music, she’s worked with the likes of, The Gorillaz, Kanye West, and even Seal. It is easy to see that Amy’s influence has easily penetrated the mainstream. It is plain to see that she also has no intentions of slowing down.

Mind Your Own Business

In 2018, Thompson held the first ‘Mind Your Own Business‘ workshop in London, and it almost instantly sold out. It now seems that she will be bringing her amazing skills stateside. In a recent Instagram story, Thompson expressed an interest in bringing ‘Mind Your Own Business‘ to Los Angeles. She states that the workshop will most likely occur at the end of April. Other than this, not much other information is known at the moment.

The first workshop originally ran the course of 5 days and covered over twenty subjects. The topics covered everything from Branding, Publishing, and even Music Law. Original prices ran around $1,311 and can be expected to be in the same ballpark. In addition to this, the LA workshop is said to cover extra “film stuff” as well.

The proceeds from the first workshop were donated to various Mental Health charities, and with Thompson’s reputation for goodwill & charity, this is something we might expect to reoccur. ‘Mind Your Own Business‘ will be held in aid of the Leonardo Di Caprio Foundation, and their mission of Climate Change.

For more information, be sure to stay tuned to Amy’s Instagram, as well as the ‘Mind Your Own Business’ website here. The original post can be found below, see you in April! 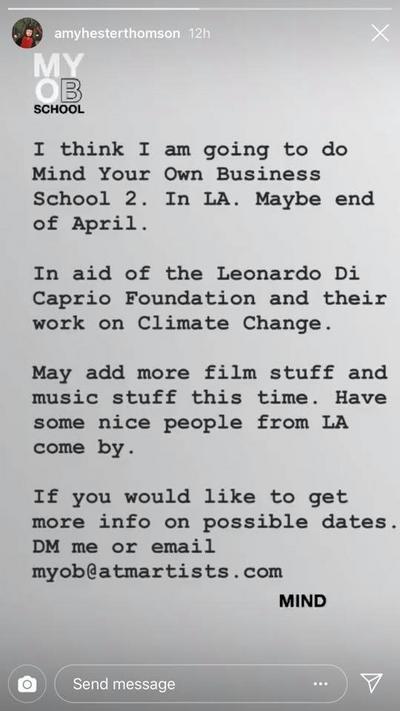