Home Events Both Weekends of Coachella Sold Out Within 6 Hours

Coachella is Sold Out

Every year Coachella hits Indio, California, and pandemonium ensues. Not just at the festival, but before it as well. This year is no different. As in years past, the festival sold out almost instantly after tickets went on sale.

Last year, tickets for Weekend One were bought up within 35 minutes, with Weekend Two passes selling out within just a few hours. In years prior, we’ve seen the festival completely sell out in as fast 2 hours and 37 minutes.

This years festival saw tickets for Weekend One sell out in just 40 Minutes after going on sale at just 11 a.m. PST. Within 6 Hours, passes for Weekend Two were also completely sold out.

The Coachella Valley Music and Arts Festival  will be returning to Empire Polo Club the weekends of April 12-14, and April 19-21. It will feature superstar electronic acts such as DJ Snake, Fisher, Cirez D and Nicole Moudaber. It will also feature veteran DJs like Gesaffelstein, Deep Dish, and Aphex Twin. We hope you got your ticket, see you there. 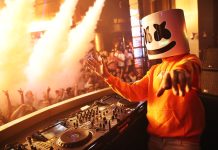