Home Events Zedd is Ringing in 2019 in New York City 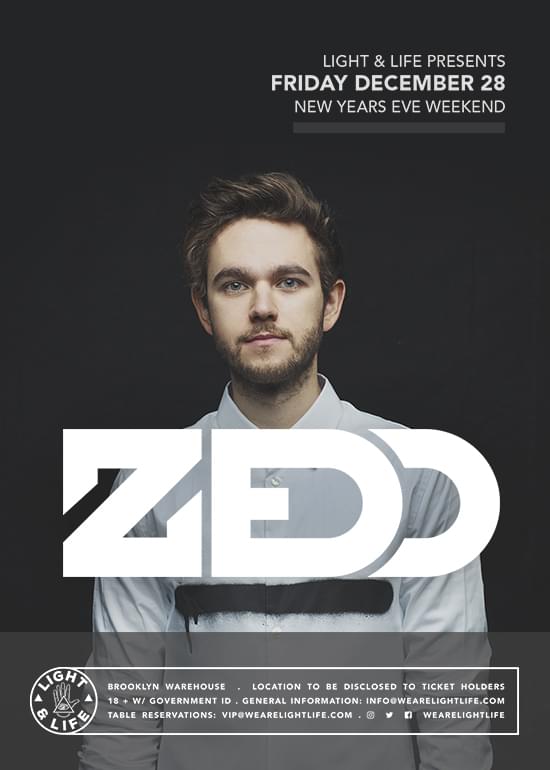 Get ready to dance the night away at Light & Life Presents: Zedd NYE Weekend in New York City. If you are looking for something to do for the celebratory weekend you have to check Zedd out in Brooklyn on December 28th. It is a great opportunity to see the multi-platinum and GRAMMY award-winning producer.

Zedd has had an enormous last few years. It has included releases like “Happy Now,” “The Middle,” and “Stay.” His career really kicked off after his debut platinum album of “Clarity.” His hits have constantly been featured in Top 40 Radio as well as Billboard Hot 100. The show will be in a secret warehouse and feature eye-popping visuals. It will surely be an awesome show that will give off old school vibes.

Buy your tickets before they sell out!