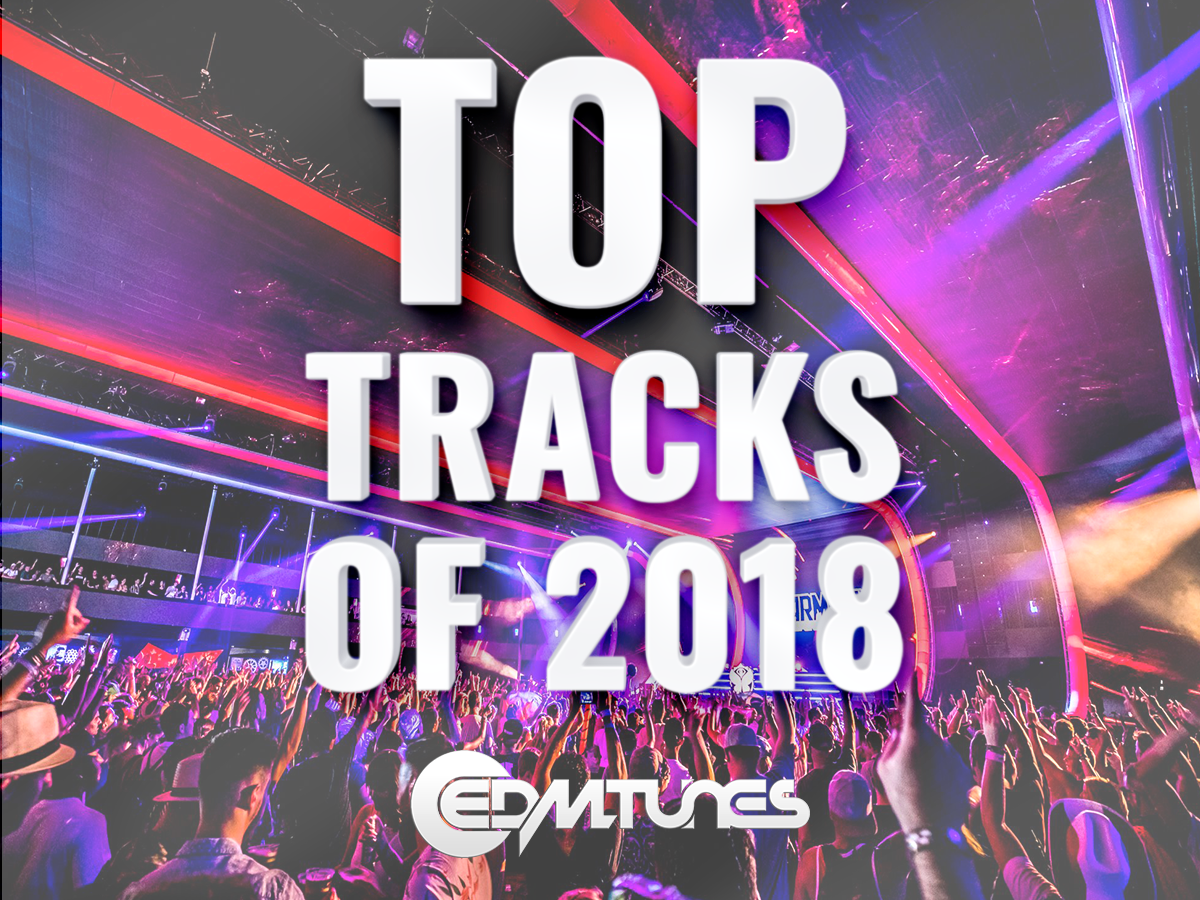 As another year closes, the writers and editors here at EDMTunes look back at the best tracks of 2018. This year was filled with stunning songs that mesmerized us week in, week out. Last week, we brought you the first part of our top 40 tracks this year. It featured the latter 20 and was filled with artists we love like Alesso, Excision, Axwell, Calvin Harris, Steve Angello and many more.

Today we bring to you the top 20 tracks of 2018! These 20 are the best dance music has to offer. Some will get the party bumping. Others will make you want to hold your friends and family tight. Either way, prepare yourself to be immersed in the world of EDM 2018.

You can also check out our Top Albums of 2018 here!

Seven Lions is featured twice on our top 40 list and for good reason. In a collaboration with Slander & Dabin, ‘First Time’ is a deeply emotional track with a killer hook. Dylan Matthew provides us with perfect sing-along lyrics that will have you catching feels at a festival.

Armin Van Buuren pres. Rising Star – Just As You Are

Armin Van Buuren had a massive year and is featured numerous times on our list. “Just As You Are’ is the ultimate trance song. Fiora starts the track off with a slow lyrical beat. Halfway through, Armin picks the beat up dramatically and gets the party started.

Yotto – The One You Left Behind

Yotto brings us a chilling, emotional track with ‘The One You Left Behind.’ It features vocals from Margaret Ran Magnusdottir that fit perfectly into the melodic beat.

Valentino Khan’s has had hits every year it that seem to boom at festivals around the world. His biggest hit of the year ‘Lick It’ is following that same path. It features a popping bass accompanied with a kicking drop. You’ll be dropping it real low to this one.

Everything Martin Garrix produces is a hit. The #1 DJ in the world dropped ‘High On Life’ at Tomorrowland this past summer. The track has all you need – awesome vocals from Bonn and a massive festival anthem that gets everyone singing. Grab some friends and get high on life!

Above & Beyond and Spencer Brown – Long Way From Home

Above & Beyond seemed to produce hit after hit this year. ‘Long Way From Home’ features vocals from RBBTS. The track is gentle in nature and produces melodic waves of emotion.

Enrico Sangiuliano created a banger with ‘Symbiosis.’ It became a staple of techno sets in 2018.

Above & Beyond – Rocket Science

Our highest rated Above & Beyond track is ‘Rocket Science.’ The duo was able to incredibly combine multiple genres into one track. You have trance in the beginning. Then as the beat begins to become more aggressive a thumping bassline takes the track over and brings it to a new level.

‘The Last Dancer’ is a progressive trance anthem that will ring around festivals for years to come. Armin has teased this track at shows for the past 2 years and finally released it in ‘A State Of Trance 2018.’

‘Loyal’ begins with drum snares that bring us into an intense trap beat. This track was featured in iPhone commercials and it’s not surprising why. ODESZA hit peak production with this one.

Starting off our top 10 is Camelphat’s ‘Panic Room.’ This one has deep beats that surround the melodic bass sounds throughout. His signature sound shines through Au/Ra’s vocals.

Armin dropped this banger at Ultra and fans have loved it ever since. He has hit gold with this trance anthem. It is epic. It is mega. It is ARMIN!

REZZ has hypnotized us ever since her release of ‘Edge’ in 2015. She produces dark and wicked beats that capture us in her spells. ‘H E X’ was the biggest hit from her ‘Certain Kind Of Magic’ album. It features an explosive drop that will send you into a different world.

I wanna have some fun! That’s what Kaskade’s hit single ‘Fun’ will make you want to do. It has pop-vibes that work so well into the fun drop. It really makes you want to get on the floor and starting moving those feet.

Axwell Ingrosso’s last hit since the reunion of Swedish House Mafia climbed all the way to #6. ‘Dancing Alone’ is a phenomenal track that can be played for any occasion. It hits right from the beginning with epic chords followed by those Usher-like vocals. Although it can be played while alone, we recommend it is best played with others. Have fun dancing!

A list without deadmau5 is not a list at all. His biggest hit of the year captured our hearts. And exploded our eyes with that music video. The track was released in Mau5ville: Level 1 EP.

In the middle of the year, this track was ranked #1 by us. ‘Ocean’ by Seven Lions & Jason Ross hits us right in the feels. It features beautiful melodic tones and will be a classic of theirs for sure. Jonathan Mendelsohn provided amazing vocals that took the song to a new level.

Adam Beyer & Bart Skills are legends in the house scene. ‘Your Mind’ is 8 minutes of pure house and techno. As said throughout the track, it will get you losing your mind.

RUFUS DU SOL had quite possibly the biggest year of any dance music artist. Their highly accredited album ‘SOLACE’ was rated #1 by us and many others. ‘Underwater’ brings heavy groovy vibes and hits you right in the soul. The instrumental part is incredible and even something else if heard live.

What do shufflers and Elon Musk have in common? They LOVE Losing it! The #1 song of the year had to be FISHER’s ‘Losing it’. This track took over the dance music world. The Tech-House track is played at festivals around the world. No matter which sub-genre you enjoy, ‘Losing It’ seems to bend to everyone’s liking. It is pretty much impossible to not start dancing once this one drops.

And there it is, the top 40 songs of 2018! We believe it was covered with diverse genres of EDM from its purist being to the main stage classics. What would your list have looked like?