Cosmic Gate Will Not Dwell on the Past, Only Focus on the Future

So much has changed in 20 years. Armageddon was the top grossing film. ‘Too Close’ by Next was the top single on the Billboard 100. Most importantly, Claus Terhoeven (Nic Chagall) and Stefan Bossems (Bossi) were busy in the studio starting a little duo known today as Cosmic Gate. It would be easy for the group to put out a traditional “greatest hits” album and watch the money roll in, but that’s not their style.

In true Cosmic Gate form, the tandem is only looking towards the future. This week they announced that their 20th anniversary would be accompanied by not only a mind-blowing tour, but a brand new feature album. Their ultimate goal? Not just find a way to salute the career landmark, but the way.

Fresh off their latest Grammy nomination for their massive remix of ‘The Only Road,’ this news has the music world excited. The Forward Ever, Backward Never Tour will be apart of their 20-20-20 campaign – 20 years, 20 cities, 20 more. Past x Present x Future. Each venue has been hand-picked by the duo for having personal significance during their career.

As for the studio album, it carries the tag line of being a “project without precedent.” The idea is to reflect on the amazing career they have had, but also bring in influential artists and vocalists to help start the next wave of Cosmic Gate lore. As Bossi states:

The wave of shows post New Years has been announced, and tickets go on sale on Friday. Which show will you be at? 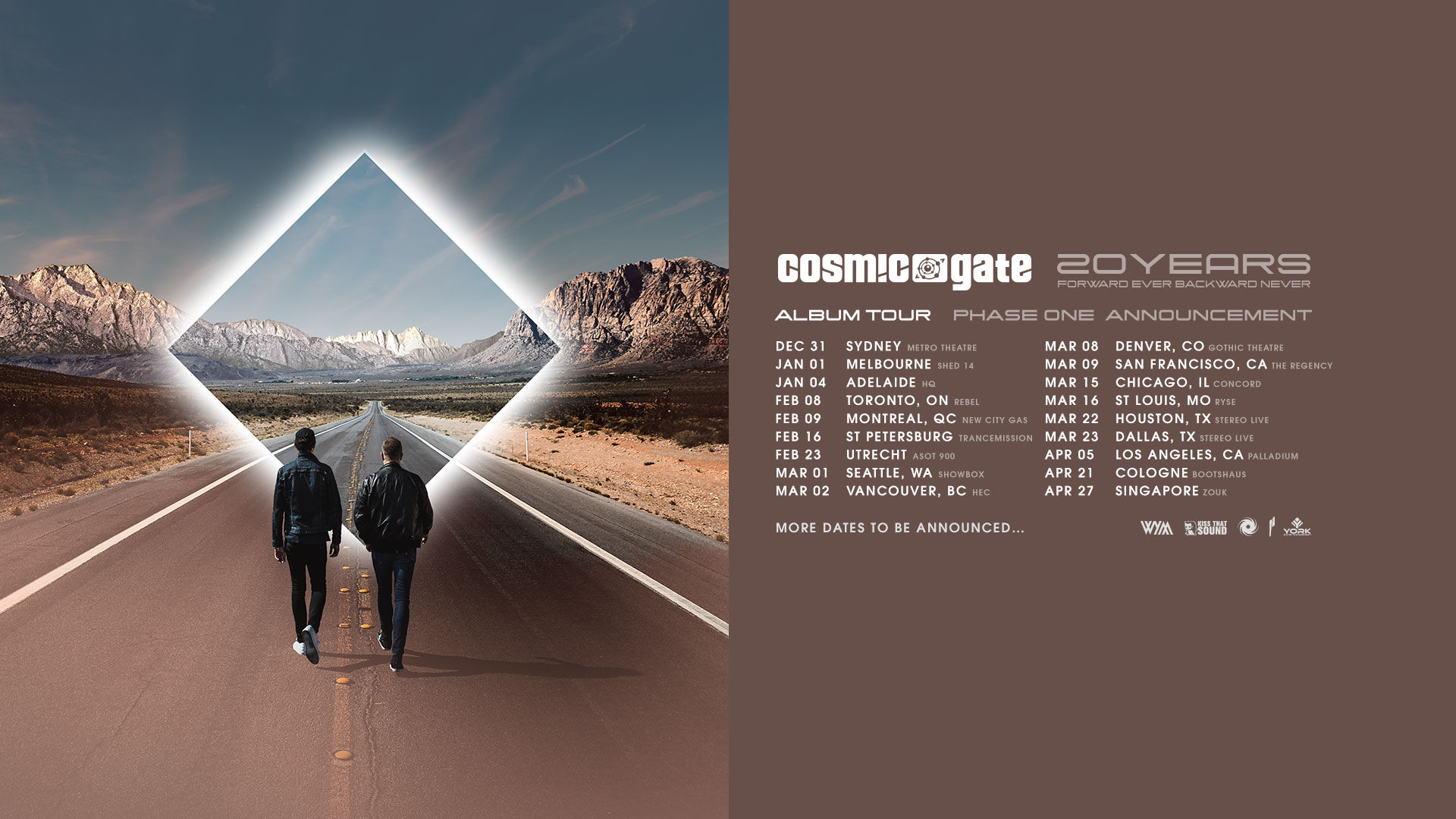