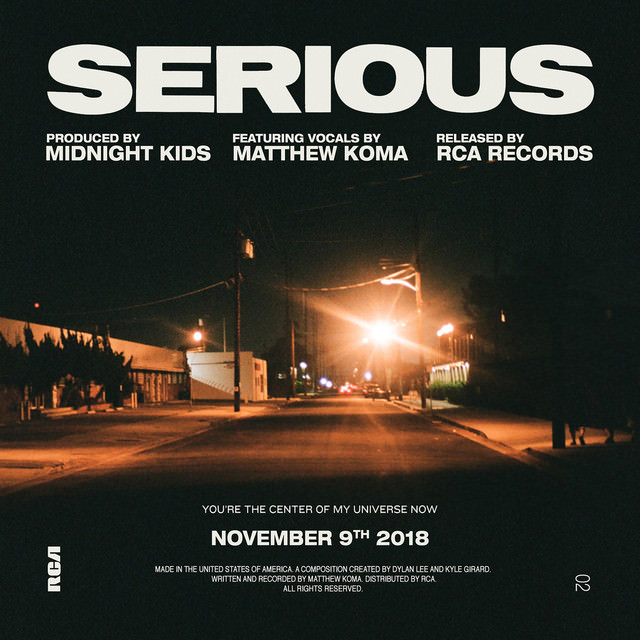 New music Friday is our favorite day of the week! Midnight Kids have released another soothing track called ‘Serious‘. The new single is a beautiful melodic feel-good song with a great beat around it. The duo have really been on the rise this past year. They have done a heavy amount of remixes including one of The Chainsmokers track “Young”, which is currently their most popular song on Spotify. This past Summer, they debuted their first single “Find Our Way.”

‘Serious’ is an awesome track that follows in the footsteps of their first single. Featuring vocals from Matthew Koma,  Midnight Kids’ sweet sounds combined with his vocals allow for an incredible song. You will definitely have a smile on after listening to this one. It seems like they are really finding their sound and people are loving it.

Midnight Kids are currently not on tour but you can expect them to be in the studio brewing up another hit for us soon. You gotta give this one a listen below!