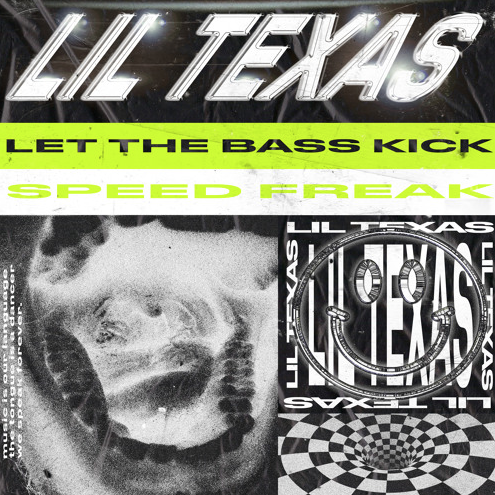 Music is nothing without innovation. Without innovation, we would still be listening to 4/4 kicks over Chicago chords, or U.K. Bass House in a basement somewhere. Instead, we have seen the world of Dance Music reach heights that we’ve never seen before, to the point where venues & arenas worldwide are selling out in a matter of minutes. One such innovator is the Texas native, and L.A. based DJ & Record Producer, Lil Texas.

Dubbing his new sound as TexCore, the man is onto something. The marquee feature of his style is a BPM of 200+. When you take into consideration that most music falls between the range of 100-150 BPM, this is insane. Taking elements from all sorts of genres, it only makes sense that a new genre has emerged. There are times where it feels like your listening to some Hardstyle but at the same time some Happy Hardcore. Lil’ Texas is doing something new, and fresh, and its great.

Being a huge fan of the 4/4 time signature, this music is neat, as it’s a bit reminiscent of Big Room, Progressive, and even House, albeit sped way, way up. Lil’ Texas has recently released a mini EP of sorts, by pairing two tracks titled ‘Let The Bass Kick’ & ‘Speed Freak’ together. Whether you’re a fan of bass music, 4/4 Kickdrums, or just into new music and sounds, you should definitely check him out. Having already garnered support from heavyweights like Kil The Noise, Texas is on to something. LET THE BASS KICK / SPEED FREAK can be streamed below and are out now.