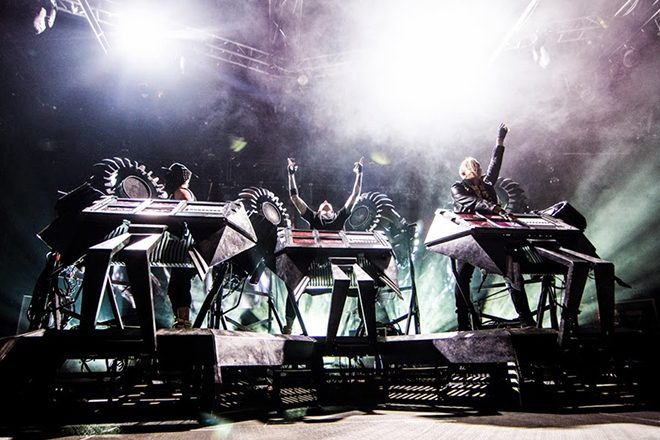 Paris is always a good idea. And if we can fly in, wander out and about in that beautiful, majestic city, and even catch The Glitch Mob live in concert, that would definitely count as a perfect getaway. Good news is, The Glitch Mob are heading to Europe and their first stop is Paris, so you might even be lucky enough to go!

This year, the Californian trio have released their third album, ‘See Without Eyes‘, and continued to amaze the EDM scene. Their experimental, eclectic sounds range from hip-hop to techno and rock. ‘See Without Eyes’ is not only music – it’s a full journey for all senses that can even be experienced in Virtual Reality via TheWaveVR.  The Glitch Mob have also created their own music element, ‘Blade 2.0’, a one of a kind digital tool that integrates visuals and music in a touch screen giant computer.

The debut of the European Tour is this Wednesday, November 14th, at Le Trianon, Paris, a beautiful concert venue that just this week hosted our other favorite trio, Above & Beyond, during their Common Ground Tour.

For information and tickets about The Glitch Mob in Paris visit the Official Facebook Event by AlloFloride. A limited amount of tickets is still available.