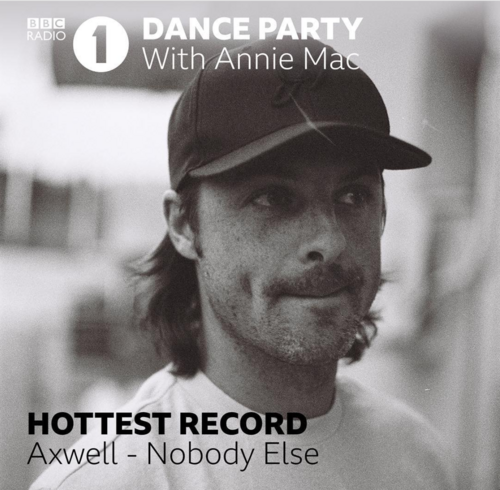 Axwell is one of the few producers in the world who seems to have the Midas touch. I say this, because everything the man touches, turns to gold. Whether its a solo track, a Swedish House Mafia release, or an Axwell Λ Ingrosso banger, the man seems to have his production game on point. Earlier today, Axtone shared news of the new Axwell tune, that was set to be premiere on Annie Mac‘s ‘Dance Party‘ radio show on BBC. The post was captioned with the following:

@axwell ‘Nobody Else’ Hottest Record in the World with @anniemacdj. Tune in from 7pm GMT, @bbcradio1.

7PM GMT has already come & gone, and with it, our chance to check out the new tune. Luckily, Youtube has us covered. Presented as “The Hottest Record In The World“, we couldn’t agree more. Below is a snippet of the radio show, which includes the new track. It is still unknown when the track will be released, but we expect it to come next month, and if not, in 2019. 2019 is going to be a great.

Be sure to pre-save the track here, so you can get it once its released. You can check out the original post here.