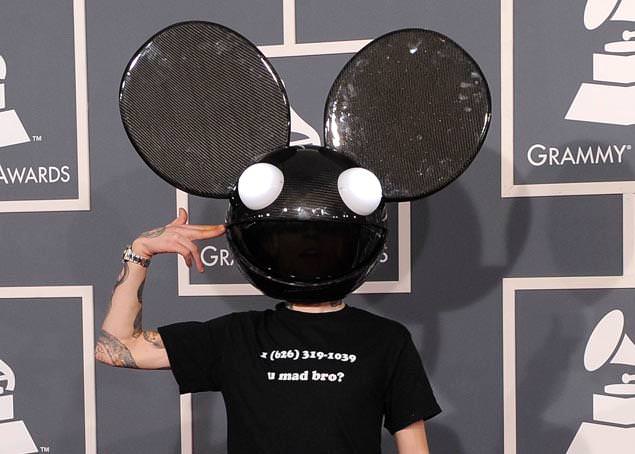 Joel Zimmerman, AKA everyone’s favorite Mau5, has found himself in hot water for what seems like the 100’th time this year. After having gotten into one of his typical Twitter spats, he has found himself on the receiving end of some virtual backlash. The tweets were labeled as “transphobic”, which saw the lynch mob come for the Canadian DJ & Record Producer. Joel proceeded to delete the tweets, as well as apologize for the verbal exchange. It seemed as though things had finally cooled off, but this couldn’t be further from the truth.

Today, Slushii took to Twitter to share a video taken from one of Deadmau5′ stream. In the video, we see the Mau5trap label head call Slushii’s music “AIDS F*cken Music”, as well as “Autistic Shit”. While neither of these is topics to laugh at, this is just Deadmau5 being Deadmau5. In regards to the video, Slushii had this to say:

With Deadmau5 being an avid gamer and streamer, this type of talk is typical in these communities. If you’ve ever spent a night playing XBox Live, you know exactly what I’m talking about. Look no further than your favorite Youtube channels comment section, for further proof that this is a normal occurrence.

The People’s Troll – This Writer’s Opinion

While I definitely feel for Slushii, everyone knows that Deadmau5 means no harm and that its all meaningless banter. He’s an artist who is both despised and revered by his peers and fans alike for exactly this reason. It is known that at the end of the day it’s not malicious in any way, shape, or form. It should be stated that this video is from a stream back in June and that these comments weren’t made directly at/to Slushii.

Most people may not know that beneath the online persona he has created, Deadmau5 is actually a decent guy. He regularly donates to charity and even does it quite often. While this doesn’t take back the words that were said, it reminds us that this isn’t the work of some anonymous internet troll, whose sole purpose is put down and hurt others, but rather an authentic, unfiltered human being like any one of us.

His honorable past actions, don’t excuse these more recent ones, and from the looks of things, Joel understands this. He recently posted a heartfelt apology, stating that this “has been a very difficult period” and one which he takes “full responsibility for”. He goes on to state that its time for him to deal with his “own personal issues” as well as his own “mental health challenges”.

Joel continues on and reminds us the reason why he started a label in the first place, and that was to uplift his community, which he believes he has fallen short of. He states that he needs professional help, and will be “going off the radar” to work on himself. While it’s never good to be a bully, taking things way too seriously is never a good thing either.

As is usual when a favorite DJ goes away, they are greatly missed. Mental health issues are never a joking matter. Hopefully, Joel will become the better “him” that he believes he can be. We’ll be waiting. 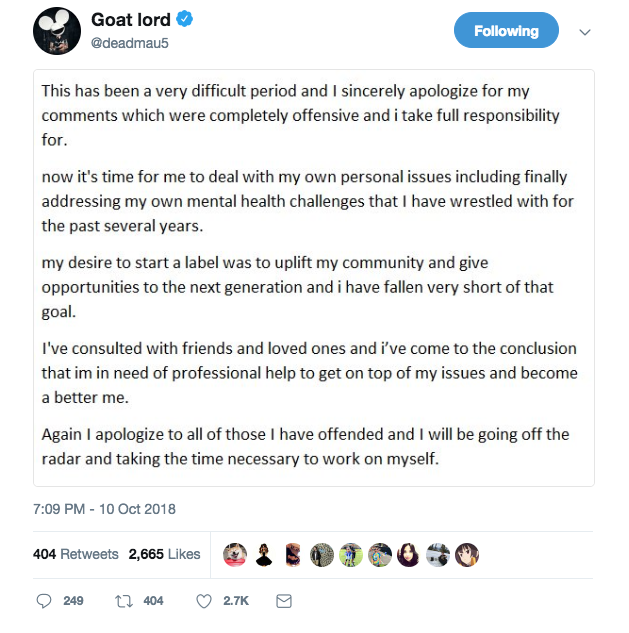