We’ve all seen the older generation of phones with the slide out keyboard. Now, imagine a phone with a bendable screen. CNBC has reported that DJ Koh, Samsung’s CEO, has hinted that a device of this kind could be revealed this November at Samsung’s developer conference. This would be the first smartphone to have a screen that actually bends or folds without breaking unlike the iPhone “bendgate” nightmare! A foldable screen could allow users to have an expanded display, almost like a tablet in your pocket.

It is still unclear as to how Samsung can create an OLED display that is able to bend without cracking. With a bendable display, will there be any loss of clarity? Bendable OLED screens have been something Samsung has been working on for several years now. They have put out several prototypes and illustrations since. Even if Samsung does reveal the revolutionary phone this November, there’s no guarantee that consumers could even purchase it this year. The real question is, does the world need a phone with a foldable screen?

Check out the video below for more information on Samsung’s bold new smartphone: 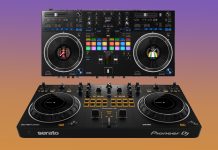