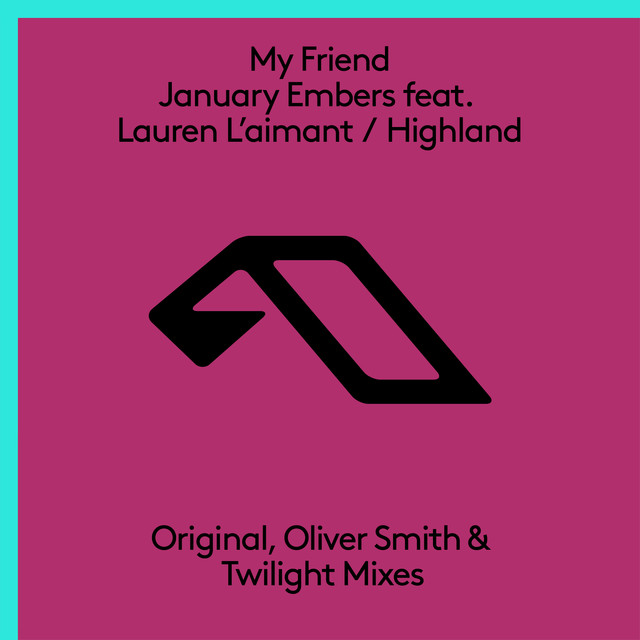 British producer duo My Friend have released a new EP January Embers with label Anjuanabeats. It features vocals from Lauren L’aimant for the titular song. There are also a handful of remixes and edits for the two tracks.

The label announced the track on their Twitter today stating “Today we welcome the lads to our #Anjunafamily with a four-track EP.” According to the tweet, this track was the “sensational” closing track to the Anjuanabeat album ‘Worldwide 08’ which was mixed by Oliver Smith.

The song, ‘January Embers’ itself is quite beautiful. The vocals from L’aimant are haunting and melancholy. They speak of a love that burned out leaving only embers. The vocals mixed with the music create a feeling of longing, and a heat that is a tangible as the embers that she sings of. In a live setting, with the right sort of lights, this song can stop a crowd in its tracks.

In stark contrast, the second track ‘Highland’ has no vocals, and is much more upbeat. It brings an entirely different kind of heat. The tragedy of heartbreak is forgotten. All we want to do is dance.

This combination of these two songs together creates a nice effect of slowing us down with ‘January Embers’ then building us right back up with ‘Highland’. It’s exciting to see what they’ll release next.