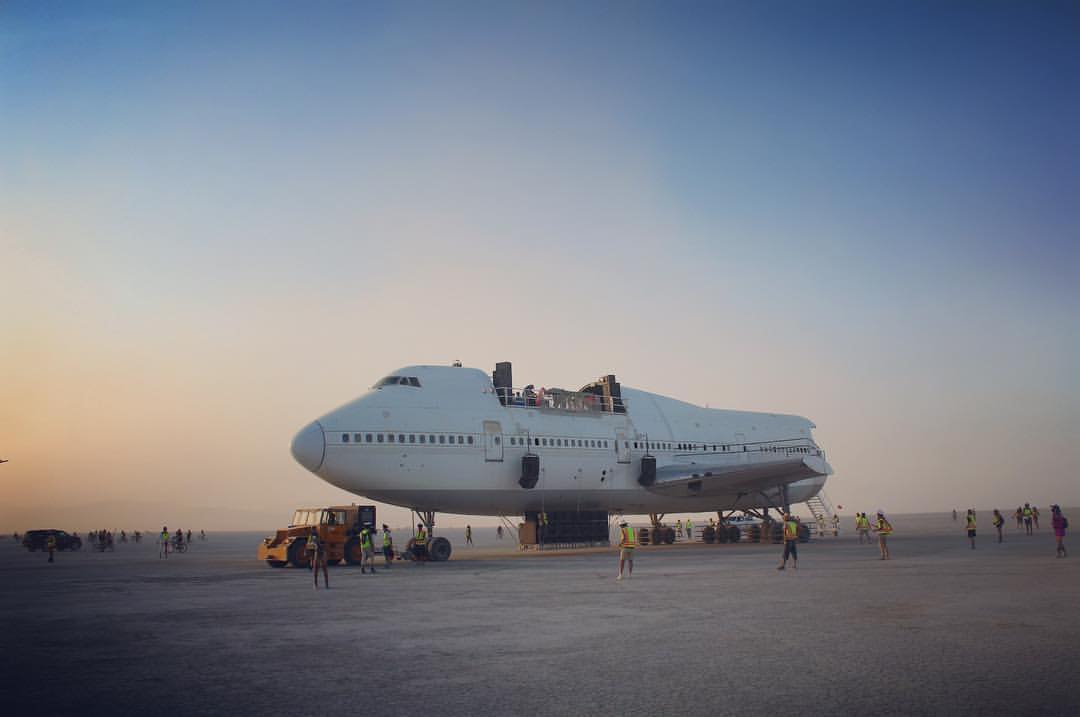 Burning Man has one key rule for the event every year: “Leave no trace.” This is something every Burner is expected to uphold and is probably one of the key reasons why their permit gets renewed ever year.

However this year after the 2018 edition of the festival ended on 2nd September, everyone was surprised to see the main hull of Boeing 747 was left parked behind in the Black Rock Desert.

The art car is owned by Big Imagination Foundation, a Burner-run nonprofit whose primary goal is to create the most ridiculous art car for Burning Man attendees to enjoy each year. The jumbo jet in question is their magnum opus; close to 5,000 volunteers retrofitted the fuselage with a dance floor, 150,000 LEDs synced to music, as well as other tranquil inducing amenities like an emotional baggage checking area. 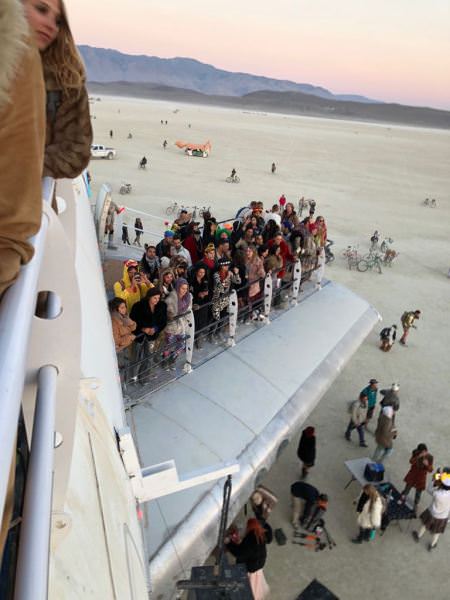 The Big Imagination foundation views the 747’s status as “regretful, but necessary” owing to them awaiting a permanent storage site for the airliner to remain close by Black Rock City. Many outlets have reported that they simply left the 747 out to rust in the desert, this claim was helped by the fact that late last week, the U.S. Bureau of Land Management (BLM) in Nevada said it considers the plane to be trespassing on goverment owned land.

Ken Feldman, Big Imagination co-founder and the project’s main visionary had this to say about the whole fiasco:

“This whole thing has been blown way out of proportion. The end goal was always to park the plane somewhere close to Black Rock City. The BLM has taken the proper steps, and we’ve followed their directions as closely as we can.”

The first part of the car – the plane’s nose, appeared at Burning Man 2016 and was trucked away afterwards. But this year’s edition saw the entire fuselage, missing its tail and wings however, being hauled to the festival site. The journey was a logistical nightmare for the foundation and required de-poling telephone wires in Gerlach (a small town near Burning Man’s location), turning off most of the town’s electricity, disrupting the train schedule and shutting down Highway 447. It’s been estimated to cost upwards of $100,000 for a single trip.

“Everyone in Gerlach was so awesome about accommodating us. But it’s a real impact on people’s lives. It’s not sustainable,” said Feldman.

The perfect solution was found in 2017 when fellow Burners offered to keep the plane at their isolated ranch. That opportunity unfortunately fell through in 2018. Big Imagination rushed for an alternative, hoping to keep the 747 north of the playa and far away from the poor town of Gerlach. But miraculously, a new benefactor came forward with a substantial tract of land to lease. There was initially a lot of confusion as to whether the land was actually Government owned or not. 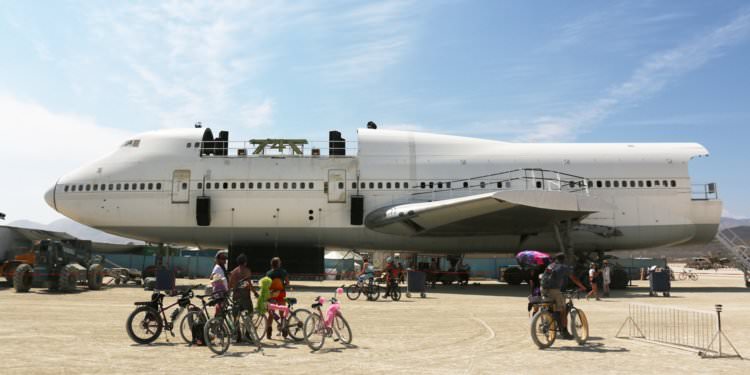 However this multi-week fiasco, concluded on Monday when BLM finally agreed that the government didn’t own the land. On Friday, foundation representatives and volunteers who had been camping out near their beloved 747 art car will carefully tow the plane to its newest home. Cameras will be on hand to record the event, but the footage will be carefully edited so as to safeguard the the final destination. The location will be a closely-guarded secret in order to keep vandals from visiting the project and ruining all the effort put into making this insanely massive and complex work of art.