Foundation, one of the nightclubs in Seattle known for its hosting of various dance music artists and DJs, is finding itself in the middle of a huge investigation after a undercover narcotics investigation led by The Seattle Police Department, working with Homeland Security Investigations (HSI) special agents, led to twelve arrests.

Law enforcement officials first began to investigate Foundation back in March 2018 after receiving various reports of drug trafficking occurring in the club. Citywide concerns about overdoses and sexual assaults associated with drugs like GHB also contributed to the investigation.

Police had also discovered that Foundation had various in-house drug dealers that were able to by pass club security and deal inside the club. They also discovered that management was aware of the drug dealings, with one dealer bragging about how they knew the owner and even later explained to an undercover officer how to properly dose women with GHB depending on their weight.

On Wednesday, SPD’s narcotics unit and HSI served warrants at several locations and that ultimately led to the seizure of 829 grams of cocaine, over 1,000 grams of MDMA, 400 ecstasy pills, 800 Xanax pills, 190 grams of ketamine, 13 grams of DMT, 176 grams of GHB, 1200 Molly capsules, and additional prescription drugs, as well as two handguns and more than $60,000 in cash. 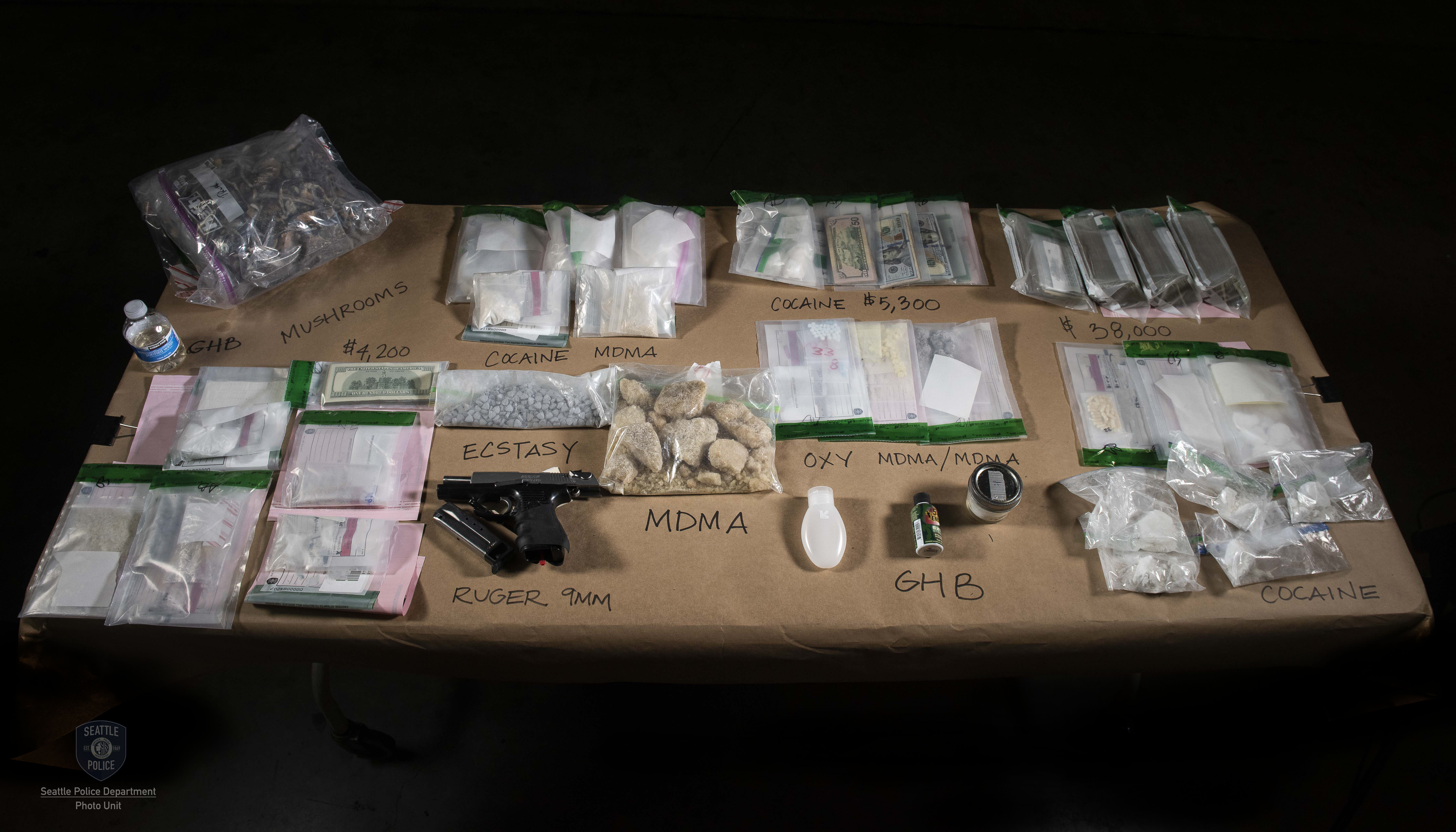