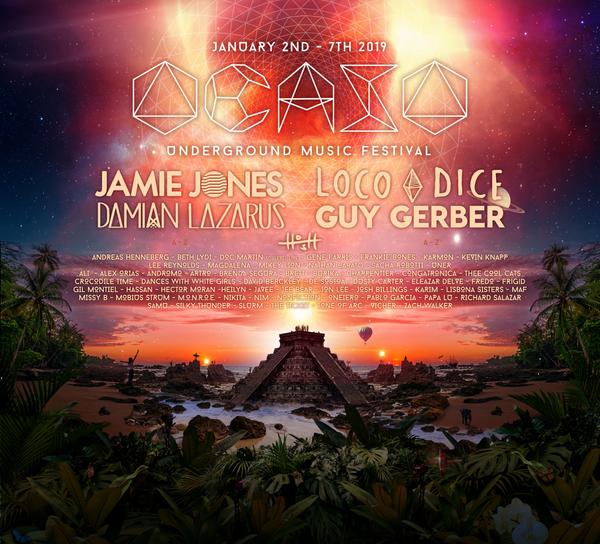 Ocaso Music Festival releases their massive phase 2 lineup for the January 2nd to 7th 2019 event. Damian Lazarus will be bringing his Crosstown Rebels sound to the epic Tamarindo Playa in Costa Rica. Next up will be RUMORS head-honcho Guy Gerber who has made quite the resurgence with his ‘What To Do EP’ being a recent prominent piece of work. Last but not least will be tech-house hero, Loco Dice, who has been one of the scenes most consistent stars since he burst on the scene with his first album in 2005.

With a stellar lineup like this, there is no doubt Ocaso Music Festival will be one of the most impressive displays of underground music in the world. Kick off 2019 the right way and secure your tickets at http://ocasofestival.com/