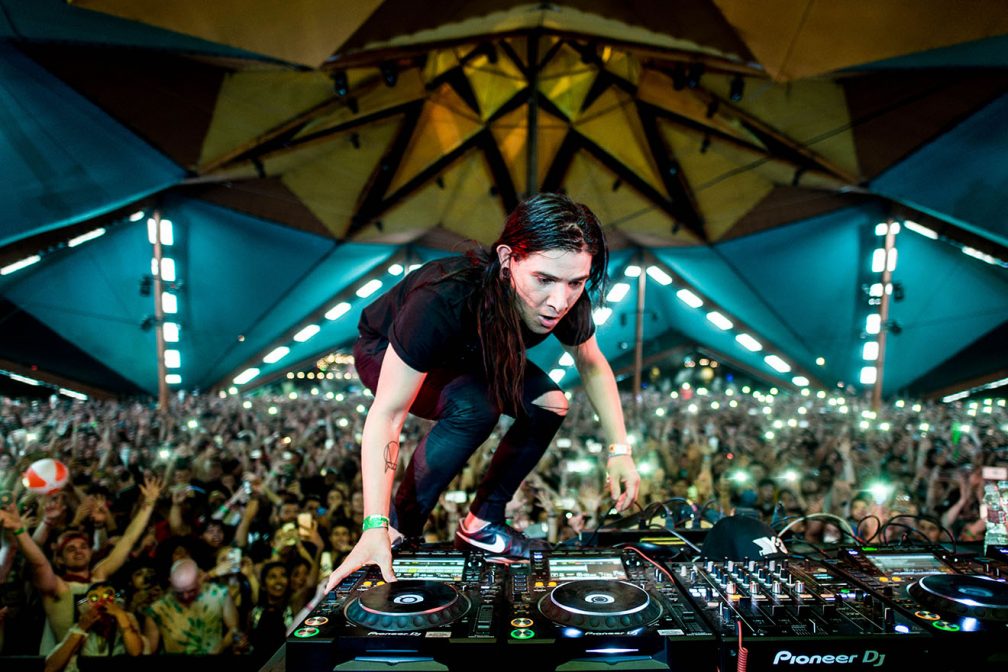 Just last month, Skrillex tweeted out a reminder to his fans that he’s not retired but just taking some time off. Turns out he was telling the truth as he stepped out of hiding and performed a surprise DJ set at the Playboy Mansion on July 4th.

Skrillex is known to pop up at random venues to throw down for the lucky fans that just so happen to be at the venue. There looked to be only two hundred attendees at the Playboy Mansion for their annual July 4th party but that is exactly the way Sonny likes his shows. The venue was nothing fancy, just a DJ table with a few speakers but as we all know, that’s more than enough for Skrillex to put on one hell of a show. From the videos recorded by the lucky attendees, we can see that he didn’t hold back as he dropped iconic banger after banger just as he would at any festival show.

Nowadays, it’s rare enough to catch Skrillex performed at an announced show but imagine catching him perform a surprise set at a random venue? Simply unreal. You can check out some of the videos recorded by the lucky attendees below now.