A little over a week ago, Dutch DJ and producer Sam Feldt was involved in a scooter accident that severely injured his right leg, forcing all of his summer tour dates to be cancelled so he could focus on a fast recovery.

Sam Feldt was booked to play in some of the biggest festivals this season, including Tomorrowland (Main Stage), Parookaville, Sziget and Sensation Bangkok. With him being off the radar for some time, festivals had to quickly find a workaround and get replacement performers. Tomorrowland has been the first one to announce the change in the line-up, adding the also Dutch duo Lucas & Steve to its already epic bill.

Lucas & Steve, who worked closely with Sam Feldt for the single ‘Summer On You‘, will be performing twice at Tomorrowland, on Saturday, July 21st at the Main Stage and on Sunday, July 29th at Spinnin’ Sessions. We can certainly say it’s a good choice for such an unexpected last minute change.

The 14th edition of Tomorrowland is just around the corner, as it will take place during the last 2 weekends of July in Boom, Belgium. More details and the complete line-up for this magical gathering can be found here. 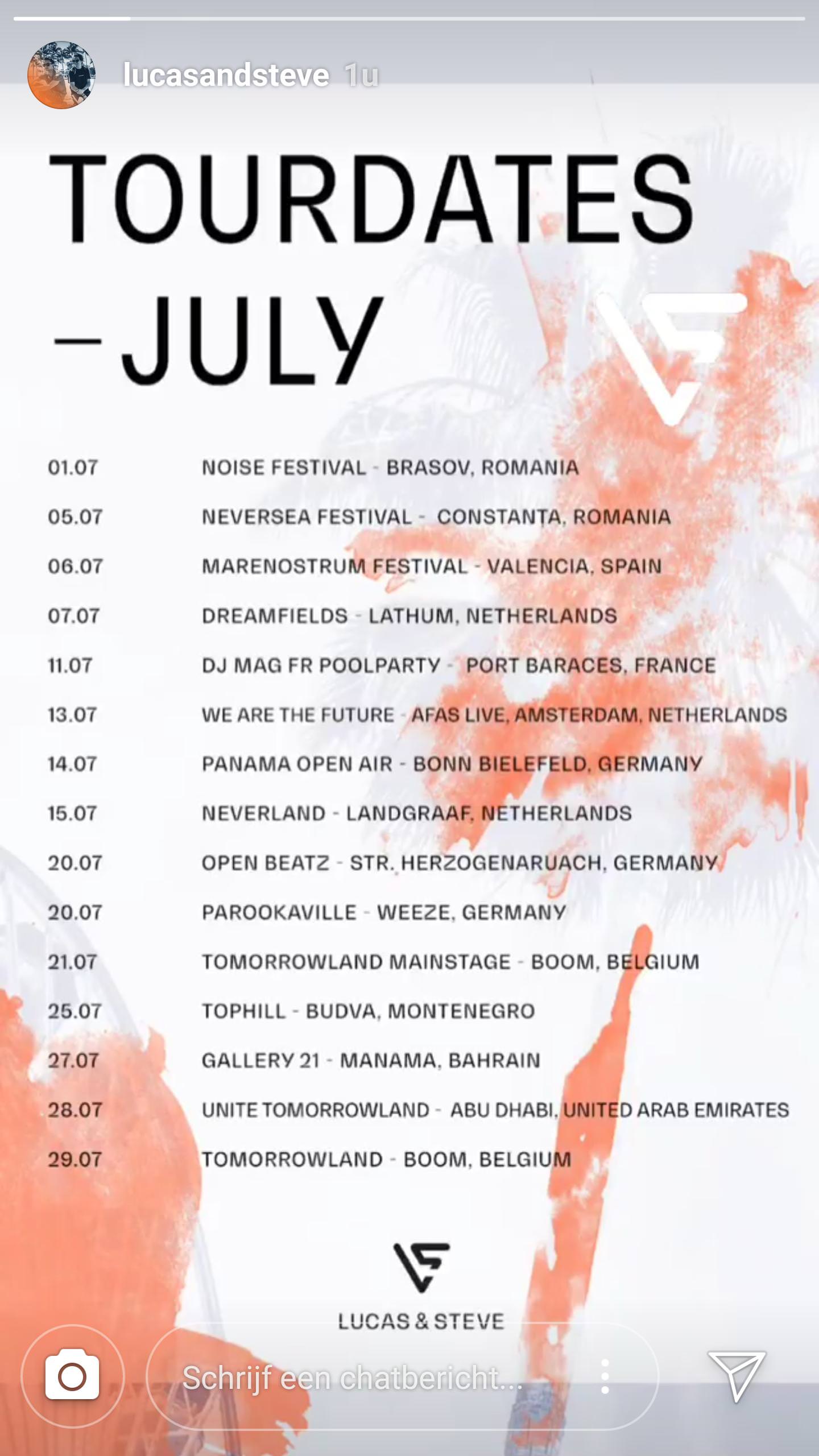