Chances are that if you’ve recently attended an Excision or Illenium show then you probably have heard a few ID’s in their sets. However, there’s one specific ID track collaboration between the two DJ’s that has been getting much attention as of late.

Both Excision and Illenium have dropped the track in their sets and it has been leaving fans wanting to hear more. Both DJ’s actually performed at this year’s Electric Daisy Carnival in Las Vegas. There, they actually decided to drop the track that both artists have now revealed to be called, “Gold (Stupid Love)“.

‘Gold (Stupid Love)’ with @Excision will be out next Tuesday, July 17th🔥Pre-Save on Spotify now → https://t.co/U8c9RwVPYW pic.twitter.com/K4G9Jvt10U

The track drops on July 17th. It comes after wrapping up vocal licensing issues as mentioned below in a post from Excision. 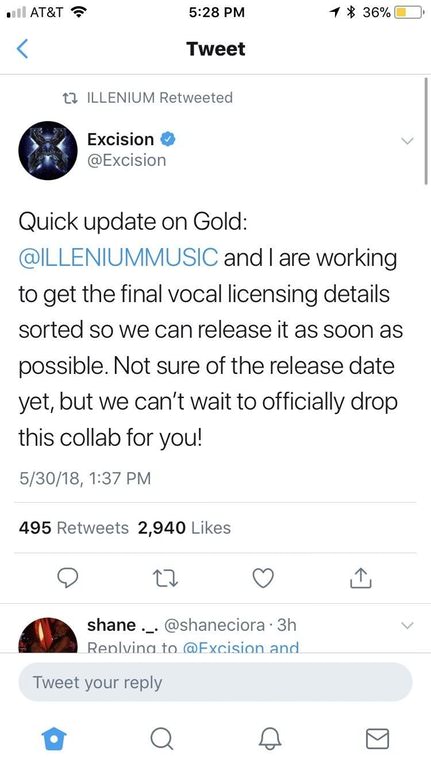 Spotify users can also go ahead and presave the track here to have it become immediately available upon release on the platform.

In the meantime, check out Illenium dropping ‘Gold’ at this year’s EDC Las Vegas 2018!