Part of being a performer is having a sense of professionalism. You have a responsibility to your fans and to the events that hire you. Especially as the headliner at a large festival in one of the biggest cities in the U.S. This weekend Lil Uzi Vert was set to headline Buku Music and Art Festival in New Orleans, Louisiana. That is until he “decided not to come at the last minute”.

In the picture above you can see the festival’s official message to the attendees. With apparently no reasoning, the mainstream rap sensation stayed in Philadelphia. Lil Uzi apparently didn’t even bother to make up an excuse as to why he didn’t want to head to New Orleans. And he wasn’t the only let down from the hip-hop community.

Ski Mask The Slump God also cancelled and Migos only played twenty minutes of their allotted time. Although they weren’t called out by Buku, it makes you wonder why they also missed all or most of their sets.

Thankfully Gryffin stepped up and filled in the time on the main stage. Even with the flu he still made it to his performance. With “bigger and badder productions” the Los Angeles based artist made a New Orleans debut for the books, undoubtedly gaining more than a few fans as he made up for Lil Uzi’s no show. But the main lesson here is spelled out clearly in the last sentence of Buku’s official statement. “Support artists who support their fans“.

Woke up in NOLA with the flu, showed up to @thebukuproject and was asked to play Lil Uzi’s mainstage slot bc he cancelled last minute. Ended up playing in btwn @Illeniummusic & @bassnectar for my first show in NOLA, & I couldn’t be happier with how it went. Buku u rock 🤘 pic.twitter.com/0GL04uwV4m 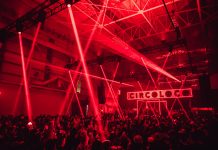 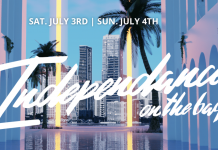