Well Android moguls, another year, another phone. Its just a couple weeks away until the official Galaxy S9 and Galaxy S9 Plus unveiling and last week photo leaks of the front of these beauties were nonstop. Recently, mobile reporter Evan Blass took to Twitter and showcased the newest edition of the phone which was in lilac and showed all sides. All four sides including the rear of the devices show welcoming design changes.

The Galaxy devices will sport Qualcomm’s new Snapdragon 845 processor but surprisingly, these renders also confirm that Samsung will be differentiating the Galaxy S9 and the Plus model not only in screen size, but also with the camera. For the standard Galaxy S9, it will have a single rear-camera, while the S9 Plus will boast a dual-lens camera in the back. This is a rather odd move, but when comparing the Galaxy S9 lineup to Apple’s iPhone 8 lineup, it’s not as far-fetched as we’d like to think. Comparably, the iPhone 8 has a single rear-mounted camera while its larger counterpart, the iPhone 8 Plus, has the dual-camera system on lock.

After skipping a public debut in 2017, Samsung is back and will officially be debuting these two devices on February 25th at the Mobile World Congress 2018. The company will also be live-streaming this event on its website. Who’s excited and looking to upgrade?

Take a look at the render leaks below. 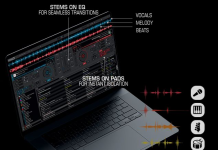