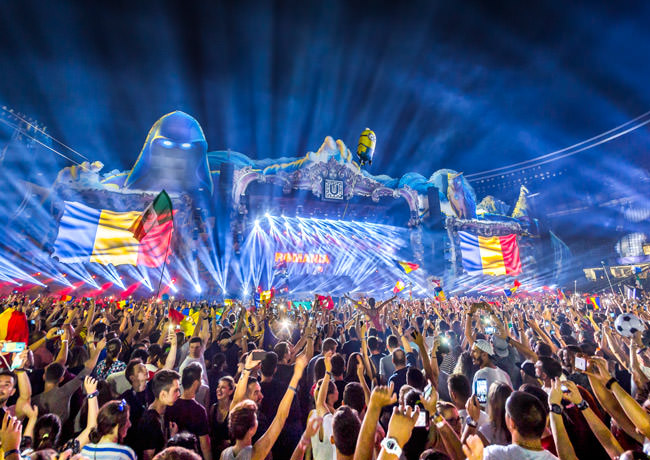 If you haven’t heard of UNTOLD Festival then you probably don’t live in Europe. For the past three years crowds have descended upon Cluj-Napoca, Romania for an epic first weekend in August. UNTOLD is the largest music festival in Romania and was voted Best Major Festival in the European Festival Awards in 2015. While the festival has mainstream performers, it also hosts some of the biggest names in electronic music. Armin van Buuren and Dmitri Vegas & Like Mike have been on the lineup every year. And other big artists like Fedde Le Grand, Afrojack, and Martin Garrix appeared on stage in past years. But if you’ve never been to this epic festival, check out the epic fifteen minute official aftermovie.

From stunning stage production and artist talent to beautiful dancers and intriguing art, UNTOLD shines in the festival world. The dedication to creating an amazing festival environment is obvious throughout the entire movie. The typical lazers and pyrotechnics expected of big festivals comes with the package. But everything stands out as bigger, better, and more curated. There are themed areas. There are traveling performers in some of the most elaborate outfits. And the festival takes over the entire Cluj Arena for the main stage and spills over into the surrounding area for the rest of the festival.

Check out the epic video shot in 4K below and relive the adventure. With tracks from Armin van Buuren & Vini Vici, Nicky Romero, and a R3hab remix of Kygo & Ellie Goulding, the video might have you jumping out of your seat already. And UNTOLD already created a registration list for 2018. Go find it on their website and get ready for an unreal adventure.