For the last couple months, Isabelle Rezazadeh, known to the masses as REZZ, has been touring in support of her debut album Mass Manipulation. She has already hit several major festivals across the world including Electric Zoo New York, Lost Lands Festival, as well as a run on Road to Ultra Asia stopping in India, China, Indonesia, the Philippines, Hong Kong and Japan. Throughout the month of October she played shows across North America nearly everyday, and is nearing the conclusion of her tour with shows in Atlanta, Richmond, Oklahoma City, Orlando, San Francisco, Denver and New York. 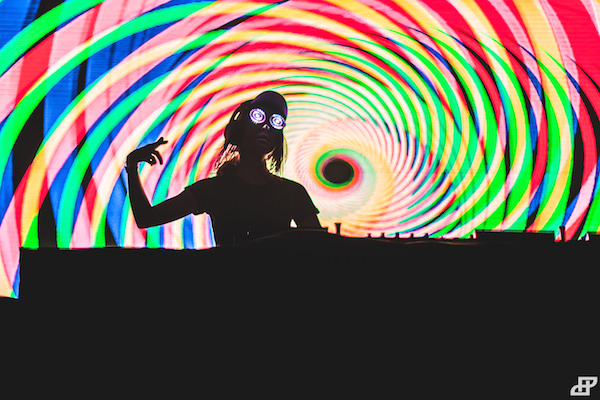 Rezz has quickly distinguished herself through her unique brand of brooding, moody bass sounds, combined with hypnotic and psychedelic visuals throughout her live show . At just 22-years-old, the product of Niagara Falls, Ontario has already amassed a cult-like following, and her debut album only further solidifies her place among the most innovative producers in dance music. She has already developed a reputation for her tireless work ethic, which we expect will only lead to more incredible music in the future.

If you haven’t yet had a chance to see the alien queen herself, it’s not too late. You can scoop your tickets to her remaining dates here, and we hope to catch you at the Richmond stop where we’ll get to see Rezz’s hypnotic ways firsthand. In Richmond, she will be supported by her “Fourth Impact” collaborator K?D, so we’re expecting a night full of unique and fresh sounds from two of EDM’s youngest producers.