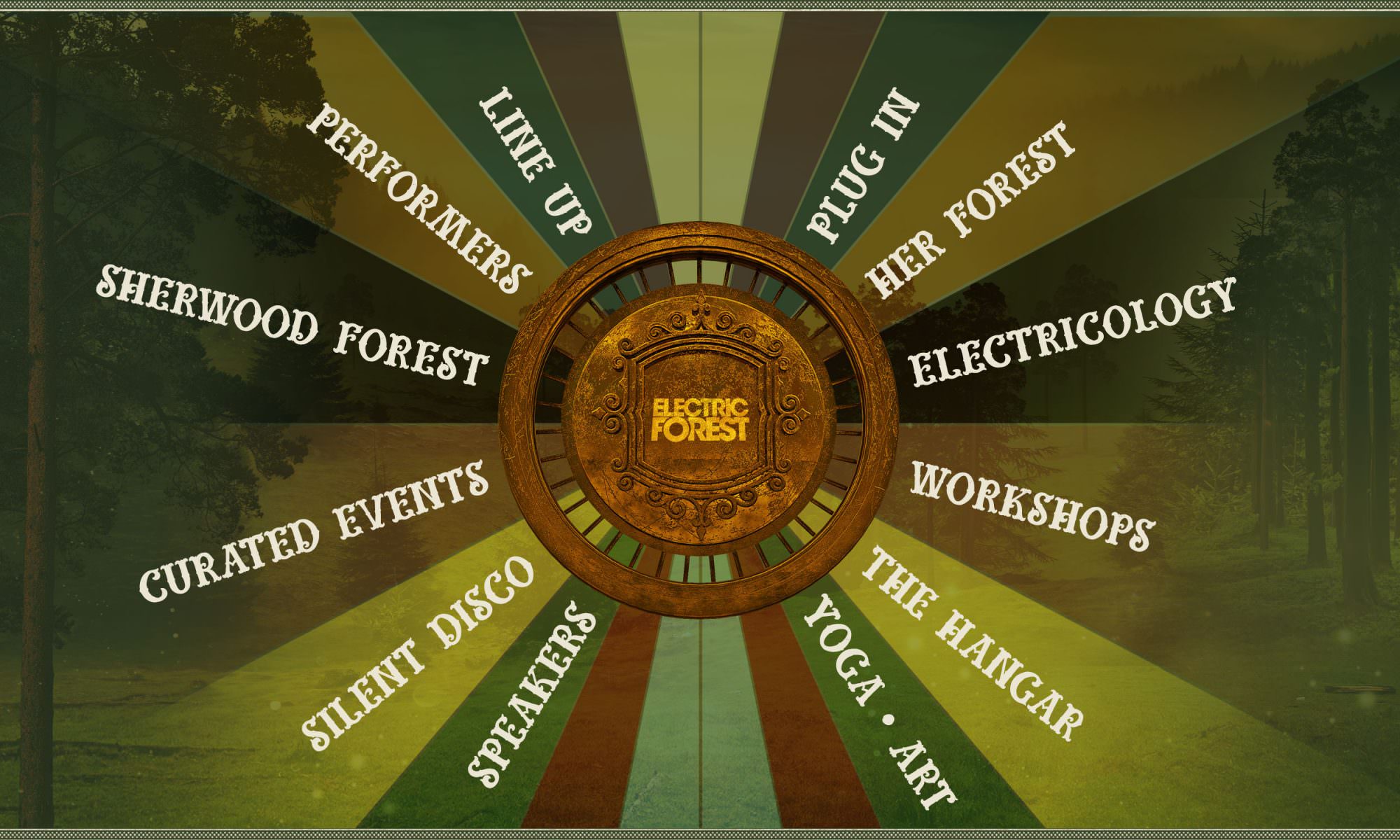 The Long Wait Is Finally Over!

Electric Forest is one of the most anticipated events of the year and with good reason! This magical event takes place in Rothbury, Michigan at the Double JJ Resort. Last year saw the festival expand to two weekends and 2018 will have a similar setup. A massive lineup of performers will descend upon Forest to lift moods and melt minds. And 2018 promises to be a spectacular year! There was a special event in Ann Arbor, Michigan on November 12th that announced several of the artists on the 2018 lineup. But now the full lineup has dropped. And the Forest crew has two weekends of incredible talent for fans to enjoy!

Bassnectar and The String Cheese Incident will obviously return as the two big name residents of Electric Forest. Other main headliners appearing in both weekends include the Griz Live Band, RÜFÜS DU SOL, and ZHU. Louis the Child, Malaa, The Glitch Mob, Bonobo (Live), and newcomers Chromeo will also have performances on both weekends! But the big decision for most people will be choosing between Weekend One and Weekend Two.

The Argument For Weekend 1 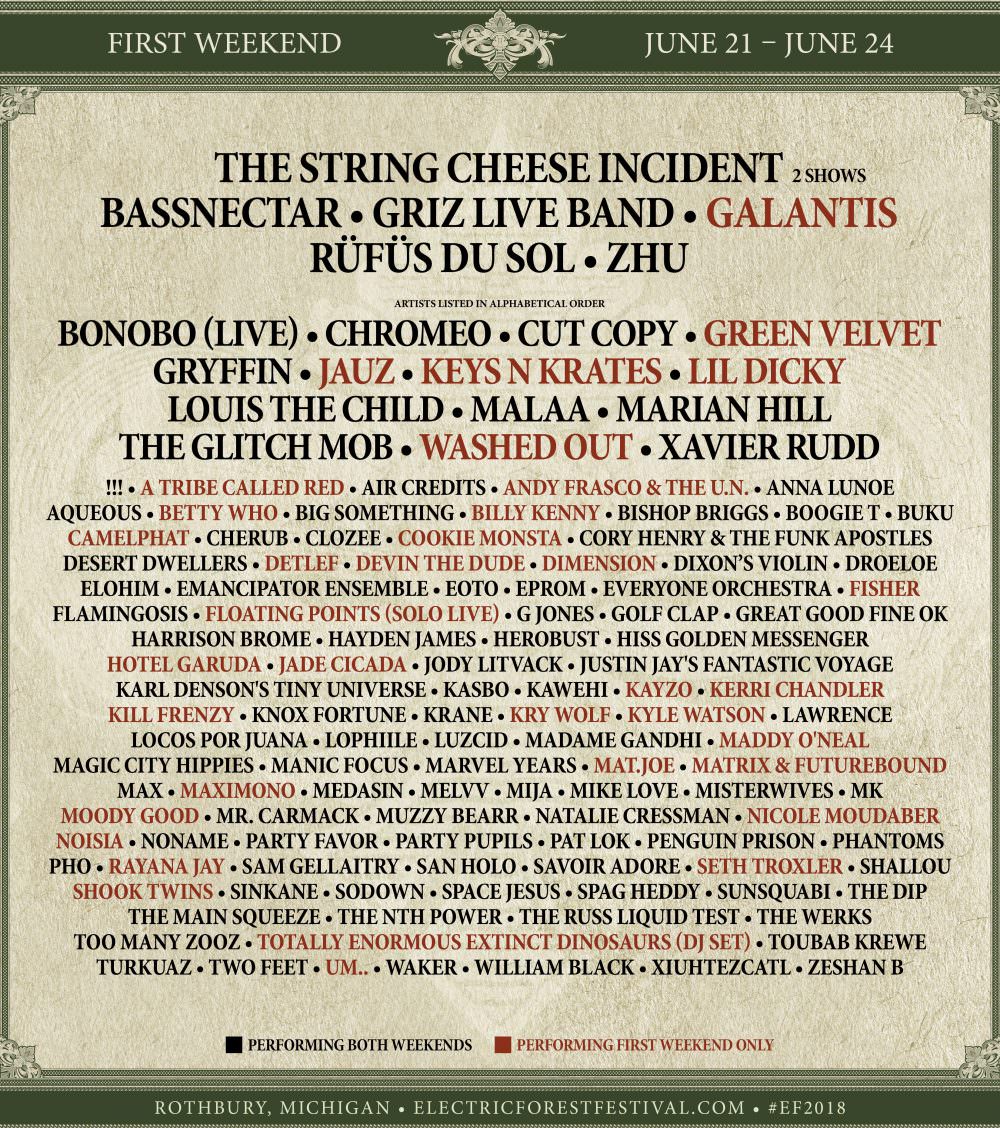 Big name artists appearing only in Weekend 1 range from Galantis and Jauz to tech head Green Velvet and even Lil Dicky! And of course there will be curated event series at the Forest! Between Green Velvet’s La La Land and Billy Kenny with the This Ain’t Bristol crew there is sure to be a heavy techno and tech house vibe. Bassrush will return with their familiar stage presence and Mr. Carmack  will be bringing Forward Thinkers to the Forest. 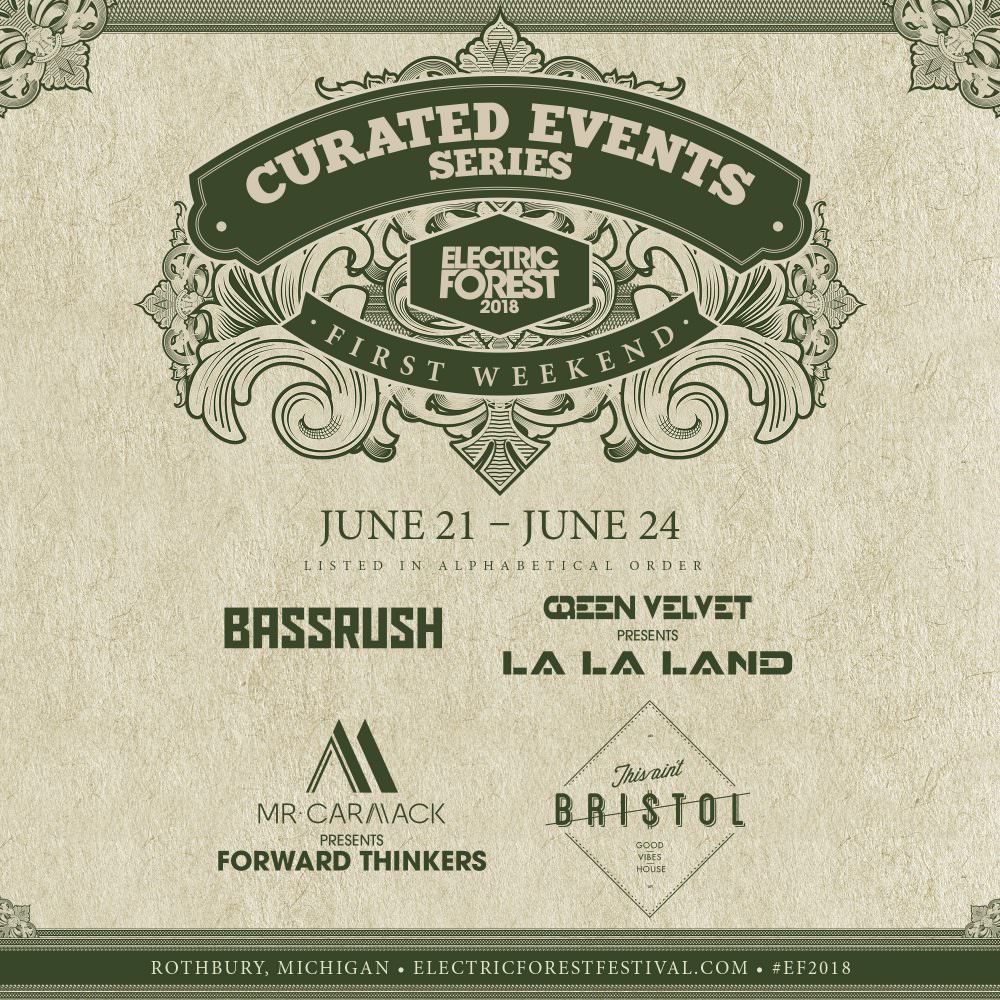 Why To Go Weekend 2 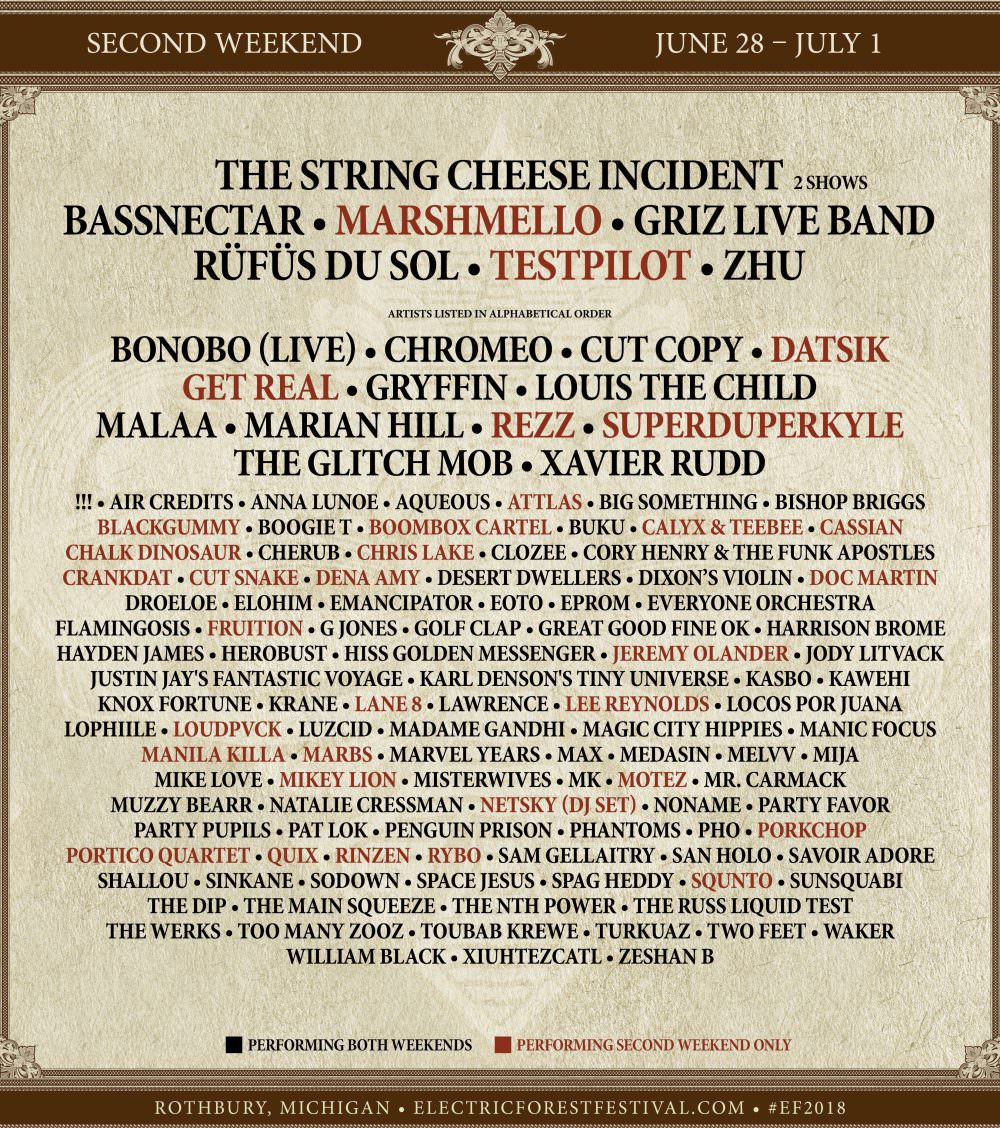 Although Weekend 1 heralds an impressive lineup, Weekend 2 has its hard hitters as well. Marshmello and Datsik will be there, alongside Deadmau5‘s techno alias Testpilot and the Green Velvet and Claude VonStroke collab Get Real. Space Mom Rezz joins the crew as well! And the curated stages are just as impressive as the first weekend. Bassrush returns for a second weekend. RÜFÜS & Friends brings a new flavor to the forest as well as stages curated by Mau5trap and Techno, House, Love experts Desert Hearts Crew. Progressive label Soulection will also have a stage to show off to the Forest fam. 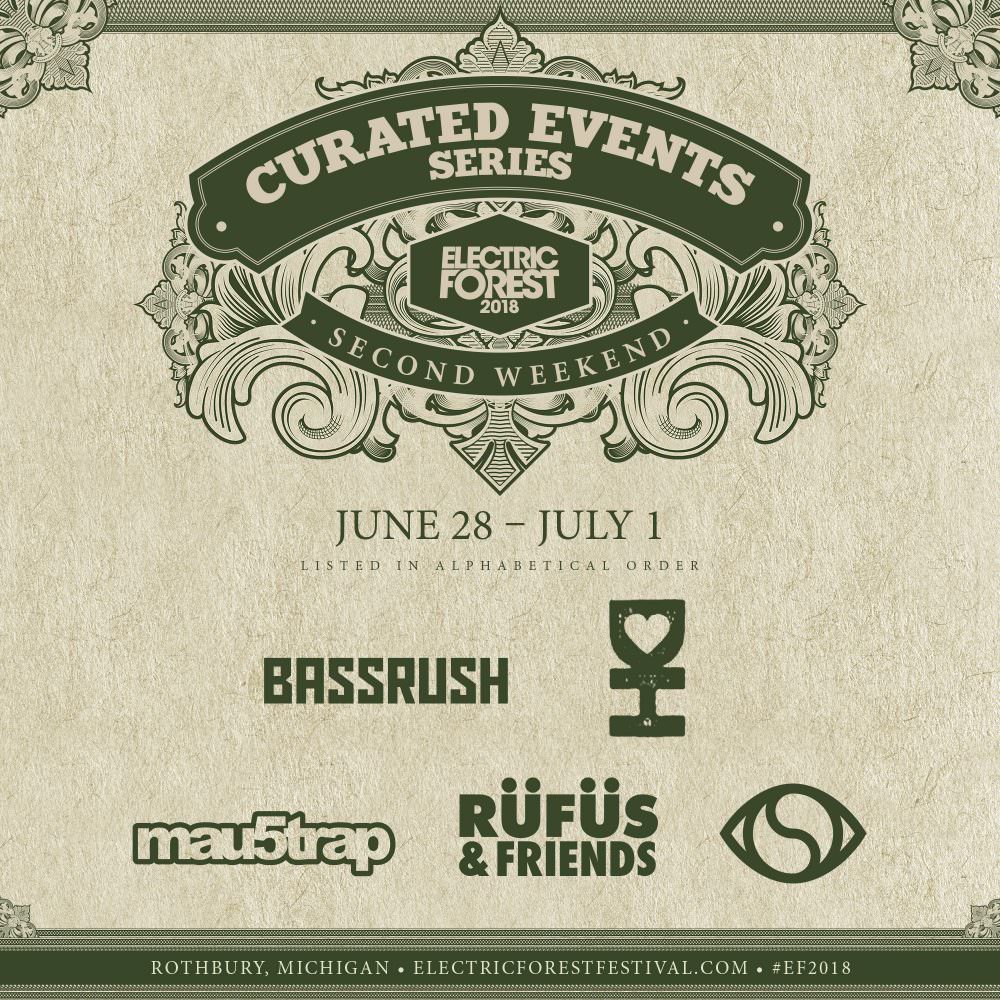 How Do I Choose?

With two weekends of incredible music it might seem like a daunting task to pick just one. But go with what you feel! Regardless of which weekend you choose, you’re going to have a great time. There is so much great music and the vibes from just being in the Forest are incredibly by themselves! People love it so much they have even started an Off Season Gathering where friends of the Forest go and throw a small event just to get back to that special place! So pick the weekend that feels best, or the weekend where all your friends are going. Whatever your reason, just make sure you get there! Electric Forest 2018 will definitely be one of the best festivals of the year and you won’t want to miss it! 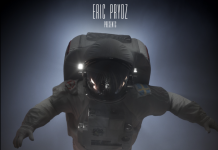