Dirtybird Campout Is The Summer Camp You’ve Always Dreamed Of

In its third consecutive year, Dirtybird Campout thrived with its unique, one of a kind, festival experience. Essentially, it is a giant ‘summer camp’ for adults. Each day is jam packed with games, activities, arts, crafts, and music, creating a innocently blissful experience that anyone could enjoy. Summer isn’t over until Dirtybird says it’s over.

The games and activities is a huge part of the Campout experience. First, the day starts off with custom Dirtybird camp cheers that echo through the festival ground. Then, vibrant and exuberant camp counselors- that includes the artists- are your guides in the many activities you could choose to partake in. Whether it be capture the flag, a potato sack race, dodgeball, tug of war, or archery, there was always someone there to keep everything moving with a permanent smile on their face. If you’re not a sporty or active person, there was plenty of other options. Face painting, yoga, wood carving, totem making, screen printing, knot tying, and drawing were just a few other things campers could participate in. Many people handmade custom merchandise and souvenirs to take home which makes it all the more special. And I’m not exaggerating when I say that this is only a fraction of the activities. I could go on and on.

And as the day faded into night, entertainment such as karaoke, talent shows, beatbox competitions, and magic shows arose at the Bunkhouse stage. Let’s just say the freaks really do come out at night.

A distinct characteristic that pertains to Dirtybird in general, is the down-to-earth dynamic between the artists and the fans. The label mainstays are known for their intimate nature and desire to make connections with as many people as they can. So, the Campout is the perfect environment for this quality to flourish with their organized artist interactives. For instance, Justin Martin held a ‘Wheel of Pizza’ trivia game where you spun a wheel, answered Justin’s questions, and then he fed you pizza and/or gave you prizes.

If you ever wondered what your favorite DJ might think of your weird or special talent, you could have found out since the artists are the judges for the Bunkhouse talent show. Even so, many of the DJ’s simply walk around the festival grounds enjoying everything just like you are. There is no clear distinction between artist and fan, which is the most beautiful thing about this place.

As always, the music is the uniting entity amongst all other activities. This year was different from the last two Campouts because it had two stages playing shows- the Bass Lodge and the Birdhouse- simultaneously versus just one main stage. For veterans of Camp, having overlap between artists was a little annoying since they were used to one stage, but it’s nothing out of the ordinary from the majority of festivals.

Artists started playing around 12 pm and went until approximately 4 am every night. The lineup was diverse and had many different genres for people to enjoy. Each day was stacked and well rounded, offering plenty of variety. Friday was filled by most of the original Dirtybird crew- Ardalan b2b Worthy, J. Phlip, Christian Martin, and Claude VonStroke dominated the decks, bringing their absolute best. The Desert Hearts crew also played Friday, making a stunning debut at Campout. Their sets never cease to amaze with the ever so vibrant crowd of dedicated fans they attract. I think everyone who had ticket was at that set. It was rowdy, dusty, and rejuvenating to kick off the weekend with an epic tech house party.

Saturday was the “busy day”. There were so many good people playing my feet felt like they were going to fall off at the end of the day. Sirius Hood, Lux Groove, Weiss, Cut Snake, Sonny Fodera, Gene Farris, Coyu, Walker & Royce, and Justin Martin all played in a row at the Birdhouse- I pretty much never left. Claude came back later that night as his real self aka Barclay Crenshaw at the Bass Lodge, playing his stellar intergalactic hip-hop house.

As the festival winded down into Sunday, the party, however, did not. One of my favorite sets of the entire weekend was watching Fisher make the crowd go wild at the Bass Lodge. At this point, everyone had thrown all of their cares out the window, stomping around barefoot in the dirt, passing around champagne bottles, and dancing with any person that stood by them. It was a beautiful sight that encompassed the energy at Dirtybird and I felt proud to be in a place where this kind of wildness was the norm. 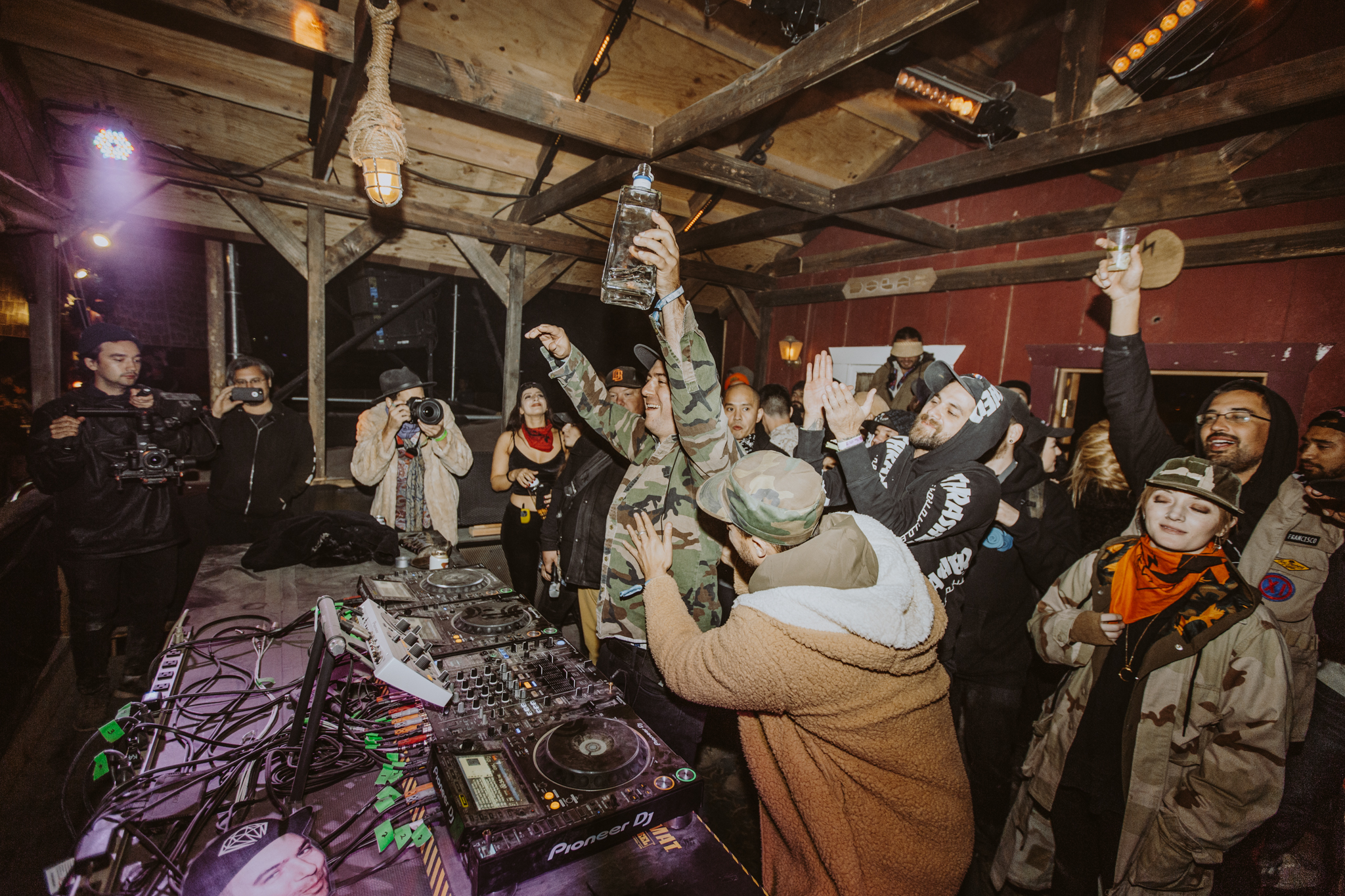 As per Campout tradition, the last performance of the night is the beloved family set, where all of the Dirtybird players put on an epic b2b set with one another. Claude kept the flow of special guests and label mainstays on and off the decks while everyone onstage was laughing, hugging, and dancing. The dynamic between the artists is something to be seen as well- it’s fun to watch them interact off the decks as well as on them. If you missed any of your favorite DJ’s over the weekend, they probably played at the family set for 5-10 minutes. This is another special thing that is so unique to Dirtybird- the family vibe extends from stage to dance floor and there’s nothing in the world like it.

Last but certainly not least- the people

The people who attend Dirtybird events are the key to its success. The never-ending sea of people dressed up in funny costumes or carrying specially curated Dirtybird Totems (there should be an album of photos of those alone) make you feel like you’re apart of some kind of cult. They are the fuel that keeps the spirit of Dirtybird going at full speed. When the music stopped at the festival each night, the party moved its way over to the campground where fan organized renegades played music until the sun rose.

Onesie parties, dance circles, and laughter filled the camp all hours of the day. It is truly one of the most welcoming, weird, hilariously chaotic groups of fans. People from every walk of life find their way to this festival but all have one very serious commonality- everyone LOVES Dirtybird. You could come alone but leave with 100 new friends.

Anything Dirtybird Records does, they do with love and dedication. This festival, among other things the label accomplishes, never ceases to amaze me. This is a big step towards a bright future, and I can’t wait to be apart of it.